A man with significant links to dissident republications has been shot dead in a ‘brutal’ west Belfast murder.

The man, who is thought to be known to the Police Service of Northern Ireland (PSNI), was killed on Saturday afternoon.

Detectives and local police are attending the scene at Rodney Parade. 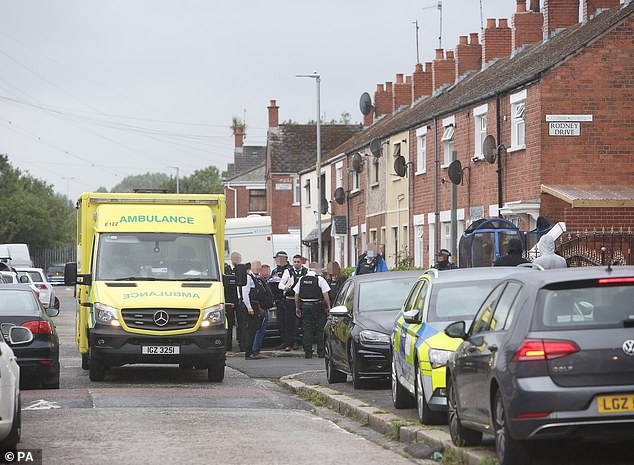 A man, who is thought to be known to the Police Service of Northern Ireland (PSNI), was killed on Saturday afternoon in west Belfast (scene pictured above) 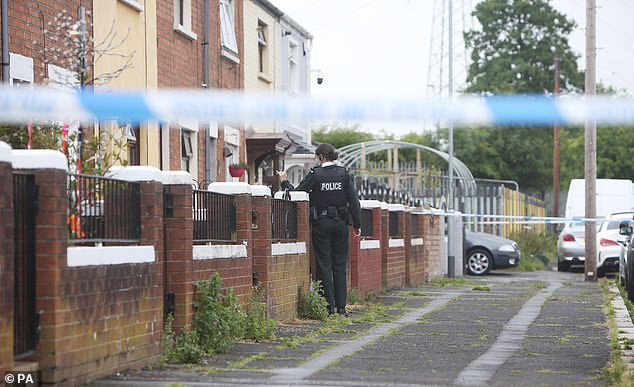 It is also understood that the victim had significant links to dissident republicans.

He said: ‘My thoughts are with the family of the man who has been killed. No family should have to go through this heartache.

‘Those involved in this act have absolutely no place in our community, they must cease their anti-community activities and get off the back of the people of west Belfast.

‘Those responsible must be held accountable before the courts.

‘A police operation is ongoing in the St James’ area and I would appeal to anyone with information on this shooting to bring it forward to the PSNI.’ 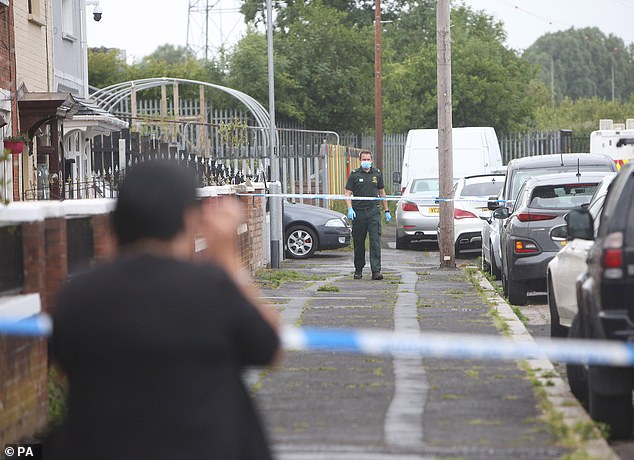 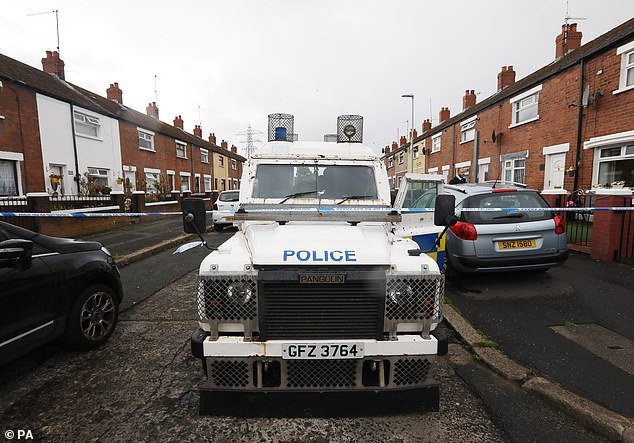 Police officers have not yet released any further details about the shooting (pictured, a police car at the scene in west Belfast) 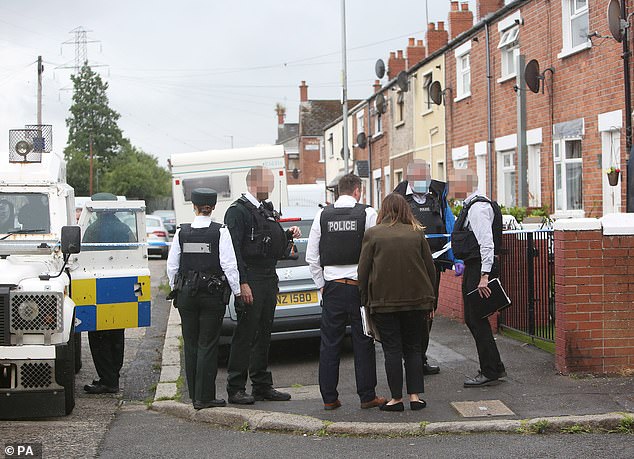 He said: ‘Police have locked down the street where the shooting took place. I would urge everyone to co-operate with PSNI officers as they investigate.

‘Those responsible for this barbaric crime have no support here.

‘They need to be caught and brought to justice. I would encourage anyone with information to bring it to the police as soon as possible.’

People Before Profit MLA Gerry Carroll said: ‘Tragically, we have heard of another brutal murder in west Belfast.

‘I have been on the ground speaking to residents in the area this afternoon and people are outraged at this horrific attack.

‘These barbaric actions heap pain and trauma on our community. They have no place in our society. Thoughts with the individual and their family.’

Police officers have not yet released any further details about the shooting.