Nearly $250,000 in winning wagers were placed at the Bellagio after an event had started in what may be the largest sportsbook loss in Las Vegas history

By Marlene Lenthang For Dailymail.com

The Bellagio casino may have suffered the biggest sportsbook loss in Las Vegas history after nearly a quarter-million dollars in winning wagers were placed on baseball games after they already started.

On Sunday June 28, bets were allowed to be placed on international baseball games in Korea and China after the games had already started due to incorrect start times posted as the result of a manual entry error, according to ESPN.

In total, 50 wagers were placed on self-serve kiosks at the Bellagio between 1.30am and 3am PST, when those games started at 1am and 2am. 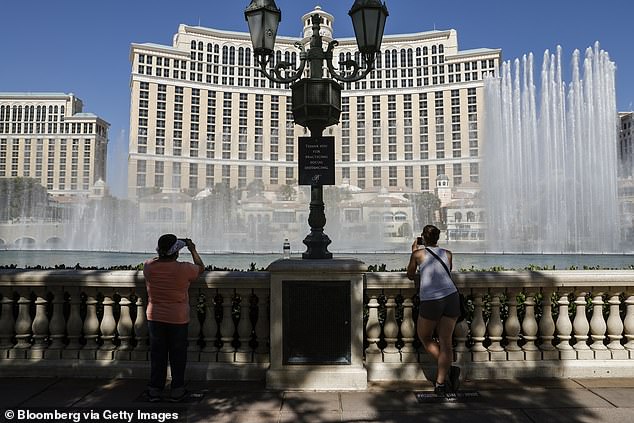 The Bellagio casino may have suffered the biggest sportsbook loss in Las Vegas history when it allowed nearly a quarter million of winning wagers to be placed on baseball games after they already started. A view of the Bellagio Hotel and Casino in Vegas above

All four KBO games, part of Korea’s official baseball league, involved in the wagers began at 1am and ended just before 4am.

Some of the bets involved the NC Dinos vs the Doosan Bears game televised on ESPN, which saw the Dinos break a scoreless tie in the fifth inning at 2.28am. They ended up winning 5-0. A wager on the game would have had a strong likelihood of cashing in due to the time the game was on.

It’s not known how many bettors were able to successfully cash tickets before casino officials realized the errors.

‘A trading error was identified this weekend and addressed. We’re working with Nevada Gaming authorities on this matter,’ ROAR Digital, which manages BetMGM, said in a statement.

Seven longtime Vegas bookmakers say they can’t remember a larger loss than this, according to the Las Vegas Review-Journal. 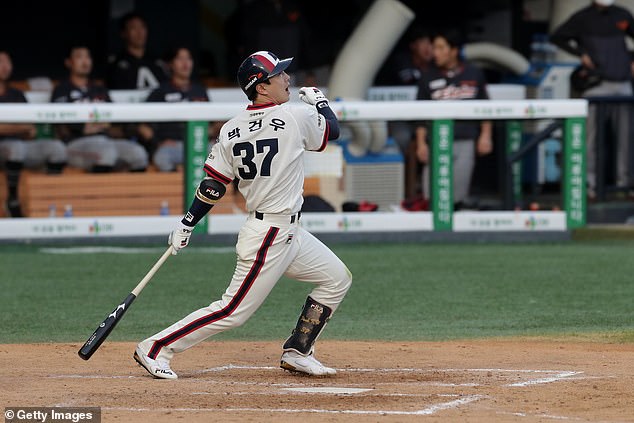 A KBO League, Korea’s national football league, game between the Doosan Bears and the Hanwha Eagles pictured July 5 in Seoul, South Korea. US Sportsbooks only began offering wagering on international baseball due to the coronavirus pandemic and the hiatus on American sports

However, past-post errors are fairly common in the sports betting world, which occurs when a sportsbook employee enters the wrong start time for games or puts in a typo.

‘It’s happened to all of us. I think every sportsbook probably since the beginning of time has dealt with this at some point,’ John Murray, the director of Westgate sportsbook said to the Journal.

‘We’ve had past post situations where our employees put in the wrong time or put in the wrong number or they forgot to close something. It’s manual entry and humans are going to make mistakes,’ he added.

Experts say dealing with bets on sports in foreign countries is particularly tricky because of different time zones and days.

Bookmakers say it’s a common practice to offer past-post bettors the option of either taking the winnings along with a permanent ban from the casino or forfeit the earnings and return any time.

Robert Walker, the USBooking director of sportsbook operations, said when the Gaming Control Board gets involved, it often sides with the bettors.

‘We had [the GCB] come out several times. We got ruled against most of the time,’ Walker said.

US Sportsbooks only began offering wagering on international baseball due to the coronavirus pandemic and the hiatus on American sports.

How to live longer: The best drink to boost your life expectancy - benefits revealed