By Matthew Wright For Dailymail.com

The national page for the Black Lives Matter movement has updated several sections of their website, including the removal of a page that features a paragraph about the disruption of the ‘Western nuclear family.’

The grassroot organization – that works mostly in local, chapter-based, groups – removed several pages from their about section in the cleanup, according to an archive of their website.

Included in the removal was the site’s ‘What We Believe’ page and pages providing biographies of the national chapter leadership and co-founders. Internet archives suggest that the website was updated on September 17.

The now-deleted What We Believe page touts that the organization works to ‘acknowledge, respect, and celebrate differences and commonalities.’ 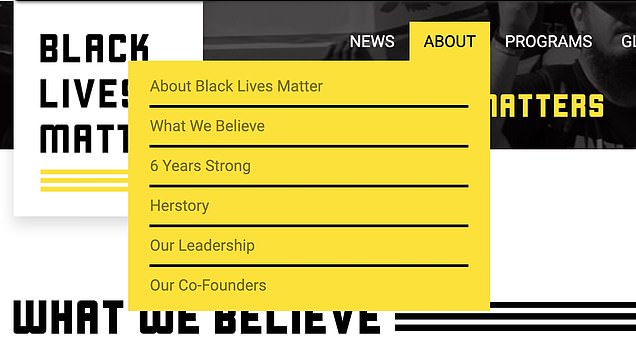 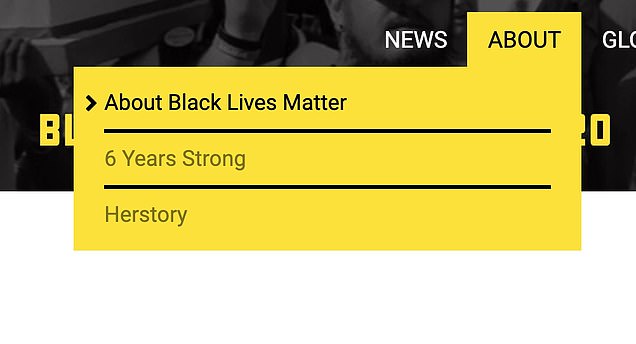 Black Lives Matter has done a massive revamp of their website, removing several sections from their About section 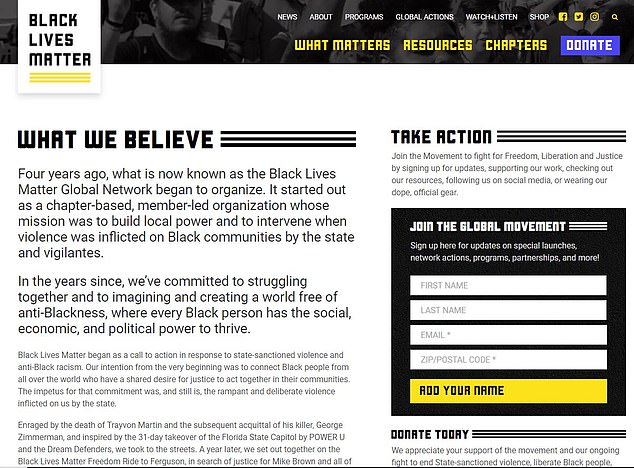 The now-deleted What We Believe page touts that the organization works to ‘acknowledge, respect, and celebrate differences and commonalities.’ It also highlights the importance of ‘villages’ and disrupting the ‘Western Nuclear Family’

‘We are unapologetically Black in our positioning. In affirming that Black Lives Matter, we need not qualify our position. To love and desire freedom and justice for ourselves is a prerequisite for wanting the same for others.

And while the page details a series of beliefs from the organization, the group does celebrate its positioning in the ‘global Black family,’ acknowledging that Black people across the world live different lives and have access to different privileges.

‘We make our spaces family-friendly and enable parents to fully participate with their children,’ the now-deleted page once read. ‘We dismantle the patriarchal practice that requires mothers to work “double shifts” so that they can mother in private even as they participate in public justice work.

‘We disrupt the Western-prescribed nuclear family structure requirement by supporting each other as extended families and “villages” that collectively care for one another, especially our children, to the degree that mothers, parents, and children are comfortable. 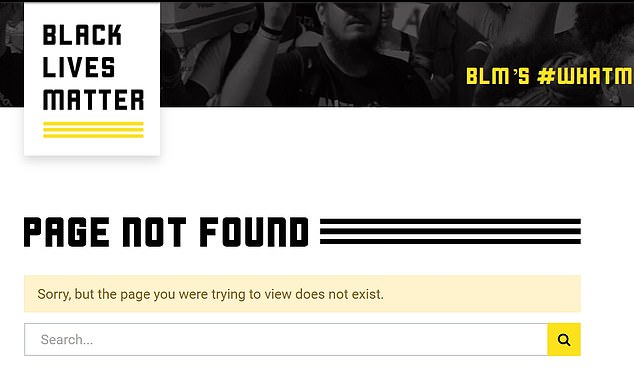 The deleted pages now reads: ‘Sorry, but the page you were trying to view does not exist’

Villages refers to the African proverb ‘it takes a village,’ which works to uplift children by providing them support from their entire communities and not just their immediate family home.

The deleted pages now reads: ‘Sorry, but the page you were trying to view does not exist.’ 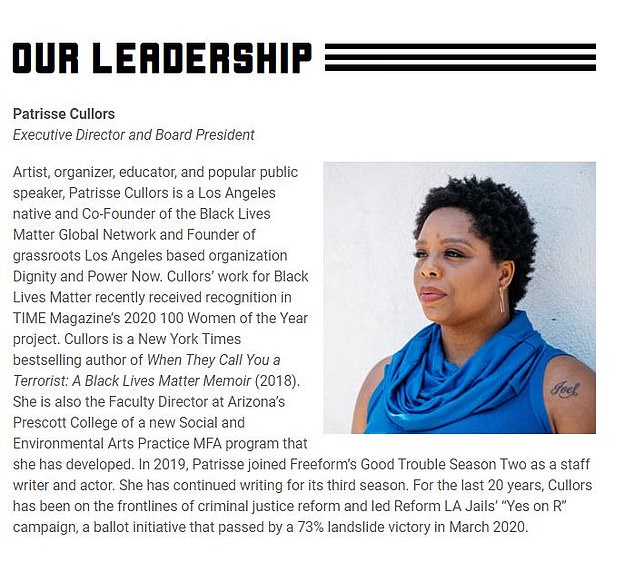 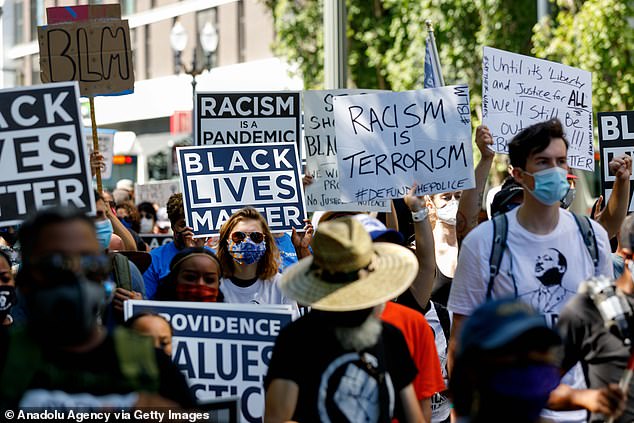 The group, created by queer Black women following the death of Martin in 2013, still has an ‘About Me’ section that includes a much simplified version of their goals and ideals.

The section highlights that BLM works to ‘eradicate white supremacy and build local power to intervene in violence inflicted on Black communities by the state and vigilantes. By combating and countering acts of violence, creating space for Black imagination and innovation, and centering Black joy, we are winning immediate improvements in our lives.’

Also deleted from the website were tabs titled ‘Program’ and ‘Watch & Listen’ tabs.

The term Nuclear Family first sprang up in the early 1900s and has been catapulted to the mainstream by conservative groups, who use the term to reinforce themes surrounding patriarchal heteronormativity.

Why are you so tired? Signs of a vitamin B12 deficiency explained – and how to treat it

How to live longer: The optimal diet to extend your lifespan

How to live longer: The optimal diet to extend your lifespan

How to live longer: The optimal diet to extend your lifespan 0

How to live longer: The optimal diet to extend your lifespan 0

London stabbing: Man fights for his life after 'staggering' into hospital with stab wounds 0

Can you take Paracetamol and Ibuprofen together? 0

A transgender woman who describes herself as a ‘Satanic anarchist’ has won the Republican Party nomination for sheriff in a New Hampshire county af [...]
Read More
© 2020 DAILY STAR POST. All rights reserved. Designed by DIMIILI