Has Boris Johnson MISSED his 24-hour coronavirus test target? Government silent on aim of speeding up results by end of June

Boris Johnson is under mounting pressure to reveal whether he has delivered on his pledge to process all coronavirus tests within 24 hours by the end of June.

The Prime Minister promised on June 3 that every test would be turned around within one day by the end of the month.

But Downing Street has so far not provided any data on progress towards hitting the target with the deadline now having passed.

Mr Johnson is likely to face a grilling on the subject when he faces Sir Keir Starmer at Prime Minister’s Questions at lunchtime today.

Experts believe the swift processing of tests is crucial to stopping the spread of the deadly disease because the sooner a positive test is identified, the sooner that person’s contacts can be traced and told to self-isolate, breaking the chain of transmission. 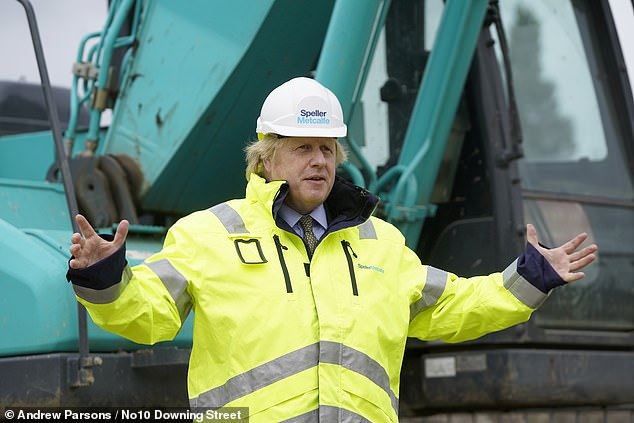 Boris Johnson, pictured in Dudley yesterday, is under pressure to reveal whether he has met his pledge to process all coronavirus tests within 24 hours by the end of June 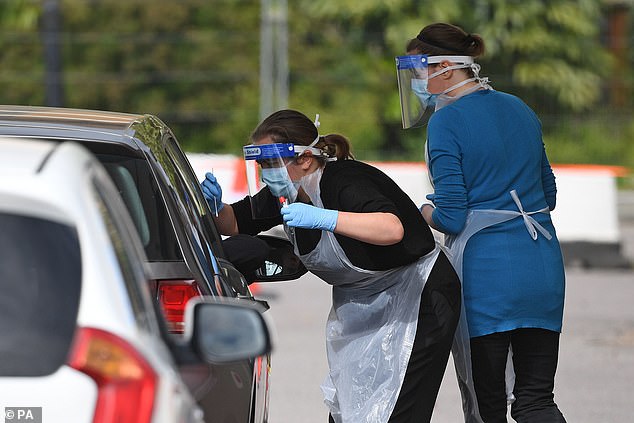 The UK currently has a daily testing capacity of approximately 280,000. Pictured is a drive-through testing station in Chessington on May 1

Mr Johnson and Health Secretary Matt Hancock have faced questions throughout the pandemic over the amount of time it takes for people to get their test results.

The Prime Minister was grilled on the issue in the House of Commons on June 3 by former health secretary Jeremy Hunt.

Mr Hunt had asked the Prime Minister to reveal how many tests were currently being processed within 24 hours and to commit to publishing that number on a regular basis.

Mr Johnson replied: ‘The answer is that we already turn around 90 per cent of tests within 48 hours.

‘The tests conducted at the 199 testing centres, as well as the mobile test centres, are all done within 24 hours, and I can undertake to him now to get all tests turned around in 24 hours by the end of June, except for difficulties with postal tests or insuperable problems like that.’

Downing Street has been repeatedly pressed in recent days to give an update on whether the Government was on track to hit the end of June target. However, data on the issue has not been released.

The Prime Minister’s Official Spokesman was yesterday unable to say whether the pledge had been met.

The spokesman said: ‘We said that was something that we wanted to achieve by the end of the month and we’re talking to Department of Health and Social Care about how we can make that data available.

‘We’ve been working to turn around those test results as quickly as possible but I don’t have those figures for you.’

The Government’s failure to set out any progress which may have been made towards hitting the target has prompted concerns that the deadline has not been met.

Mr Hunt has previously written to the Prime Minister seeking an update and reassurances that efforts were on track.

Last week the Tory chairman of the Health Select Committee said: ‘Test and Trace needs rapid turnaround of test results to be effective so I am concerned that I have still not had a reply to my earlier letter to the Prime Minister asking for data on 24 hour test turnaround.

‘Today I have written again asking him to confirm that we are on track to meet his 24 hour turnaround target by the end of June.’

In the 24 hour period to 9am on Tuesday some 133,467 tests were carried out or were dispatched, with 689 positive results.

The UK currently has a daily testing capacity of approximately 280,000.

CPI inflation rate plunges to just 0.2% amid Eat Out scheme

Coronavirus: The full list of disease symptoms exposed
15 mins ago