By Joe Davies For Mailonline

British universities will be taught how to safeguard their students, staff and academic research from interference by foreign powers.

Universities UK (UUK) will introduce the country’s first security guidelines of their kind for higher education institutions amid fears of Chinese influence.

The guidelines will promote British academic values, including free speech, and will address cyber and physical security on campuses.

Senior politicians and academics have highlighted the growing financial dependency of universities on Chinese research grants and students. 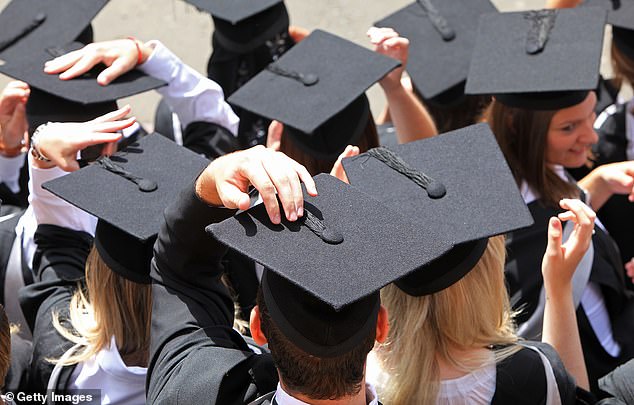 British universities will be taught how to safeguard their students, staff and academic research from interference by foreign powers amid fears of Chinese influence (File photo)

Chinese students provide around £2billion of tuition fees, making up five per cent of all revenue in the higher education sector.

Conservative politicians have warned China will be able to use their significant contributions to British universities as political leverage.

Tom Tugendhat, Tory chairman of the foreign affairs committee, said: ‘Removing students or research grants has been threatened by Beijing to silence areas of study and influence all areas of university life.

‘The reality is that what we’re seeing at the moment in the UK is the erosion of the academic freedom on which we rely.’ 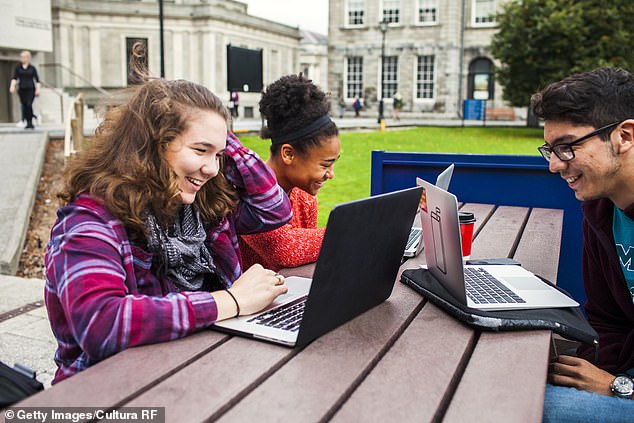 A report in November last year by the the foreign affairs select committee highlighted ‘alarming evidence’ of foreign interference on British campuses.

It said: ‘There is clear evidence that autocracies are seeking to shape the research agenda or curricula of UK universities, as well as limit the activities of researchers on university campuses.

‘Not enough is being done to protect academic freedom from financial, political and diplomatic pressure.’

UUK’s new guidelines will address accepting income from overseas governments and will implemented across all university departments. 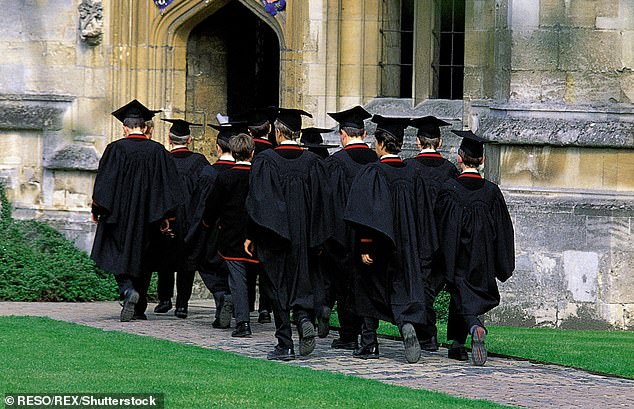 The guidelines will include recommendations by the government’s Centre for the Protection of National Infrastructure about safeguarding university research.

Vivienne Stern, director of UUK International, told The Times: ‘Universities can and do have to engage internationally with open eyes, protecting academic freedom, institutional autonomy and our own values.’

UUK stressed its broad new guidelines are not targeted at any one nation in particular.

British universities could face a funding shortfall of at least £463million after nearly one in three students from East Asia have indicated they are likely to delay or cancel their overseas study plans this year.

Nearly 14,000 fewer new students from East Asia could enrol at UK campuses this academic year compared to 2018-19 amid the Covid-19 pandemic, a report from the British Council has estimated.

Prospective students also are more likely to favour postponing the start of the academic year to January for more face-to-face teaching rather than start courses online in the autumn, the research suggests.

The survey, of more than 15,000 students across eight key markets in East Asia, found 29% of students are likely to delay or cancel their overseas study plans this year – and a further 35% are undecided.

Of the Chinese students surveyed, nearly two in five (39%) are still on the fence about what to do this autumn, while 23% have said they are likely to cancel or delay their plans to study abroad.

Most of the respondents were ‘in the pipeline’ to study in the UK, with 96% of those having already applied to study abroad this year choosing the country for at least one of their applications.

In 2018-19, more than half (52%) of new non-EU international students at UK higher education institutions in the 2018-19 academic year came from the eight territories in East Asia surveyed.

But the report estimates that the number of students from East Asia choosing to study in the UK could drop by 12% this year compared to 2018-19 – leading to a decline of at least £463 million in funding.

The survey also suggests that prospective postgraduate students overwhelmingly favour a face-to-face start in January (63%) over an autumn start online (15%).

And nearly half (46%) of prospective undergraduate students prefer a delayed January start compared to 37% who would want to start virtually from September or October.

Donald Trump says every American should have a vaccine by April

Us BBC start date: How many episodes are in Us?
9 mins ago

Us BBC start date: How many episodes are in Us?

Queen Elizabeth II: Heartwarming companions Her Majesty invites with her on her travels
19 mins ago

Queen Elizabeth II: Heartwarming companions Her Majesty invites with her on her travels

Us BBC cast: Who is in the cast of Us?