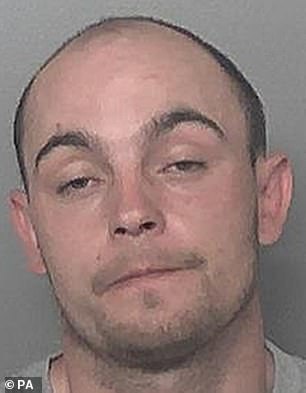 Jerome Cawkwell, pictured, rode a motorbike with defective front brakes when he ran into nine year old Max Clark in Hull on May 25

A cannabis-smoking motorcyclist was today jailed for three years after he knocked down a nine-year-old schoolboy gymnast leaving him with life changing injuries.

Dock labourer Jerome Cawkwell, 24, tested positive for cannabis after he struck Max Clark, nine, while riding the motorbike, which had defective brakes.

Before the incident on May 29, Max was a promising gymnast who dreamt of representing Britain at the Olympics.

Now, his family insist the youngster will work towards representing Britain at the paralympics.

Hull Crown Court heard Cawkwell was riding the KSR Moto 125cc motorbike without a crash helmet when he pulled the brakes after spotting Max.

The bike’s front brake was not working, and Cawkwell, who did not have insurance, struck the youngster.

Max had been enjoying a Bank Holiday Monday outing with his parents and siblings in a local park in Hull, East Yorkshire, when tragedy struck on May 25.

It was the first time Kirsty Clark, 31, husband Paddy, 32, and their four children had ventured out since the start of lockdown.

They were among a number of families whose children attended the same dance school given a homework project of taking pictures of historic Rosemead Park.

Max had just had his picture taken under a bridge when he spotted his father hopping around some bollards separating the footpath from adjoining playing fields.

Prosecutor Jeremy Evans said: ‘Max said he could make a much better attempt – no doubt referring to the fact he was a keen and successful gymnast.’ 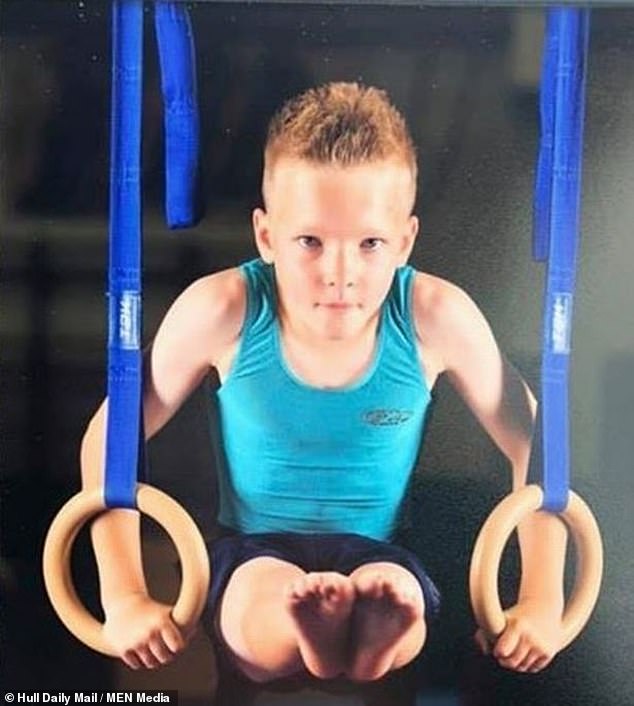 Max Clark, pictured, lost part of his leg after he was struck by a motorbike ridden by Cawkwell on May 25. The youngster was in the park with his family for the first time since lockdown

The youngster was crossing the public footpath towards his father as Cawkwell roared past a woman cyclist.

‘She described the rider as driving at a crazy speed in excess of 40mph,’ the prosecutor continued.

‘He disappeared quickly into the distance. She commented to her husband “There is going to be an accident”.

‘Seconds later, she heard a female scream ahead.’

The court heard Cawkwell hit the brakes when he saw the child, but only the rear set was working.

The wheels locked and he skidded into the child whose left leg became entangled in the machine and was severed on the spot.

Max was dragged by the bike before being hurled into the air and landing head first on the gravel verge. 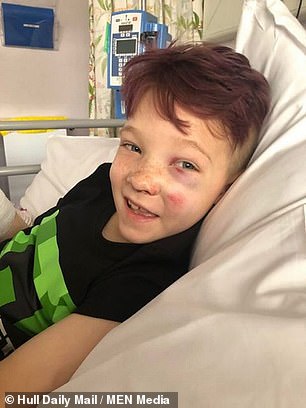 Part of Max’s leg got jammed in Cawkwell’s motorbike. The 24-year-old dock labourer rode off after the crash

His torn-off leg bone jammed in the wheel, causing the bike to stall.

Mr Clark watched as Cawkwell managed to restart it and sped off.

Mr Evans said: ‘His dad was quick thinking enough to lie across his son to prevent his son seeing the injury he had suffered.

‘Max asked his father if he still had his leg and whether he could still run.

‘His son said he did not want to live any more.’

The woman cyclist, who was a trained first aider, made a tournequet out of her belt and tied it around the boy’s thigh to stem the bleeding.

He was treated at the scene by paramedics and rushed to Hull Royal Infirmary where surgeons found the dismembered left limb could not be saved.

Mr Clark said in his victim impact statement: ‘Max was a dancer and a gymnast- someone who was always on the go.

‘Life has changed so much since the incident.

‘We will no longer have a normal life.

‘I have dreams that Max died and I am going to his funeral which is extremely upsetting every night.

‘He may have only hurt Max that day but he has ruined the lives of a lot more people.’

Cawkwell, from Hull, admitted causing injury by dangerous driving, no insurance, no licence, failing to stop and defective brakes at a previous hearing by JPs who sent him to Crown Court for sentence.

He also tested positive for cannabis but the reading was below the legal limit.

Cawkwell told probation officers: ‘I did it. No one else was on the bike. I have to face up to my responsibilities. 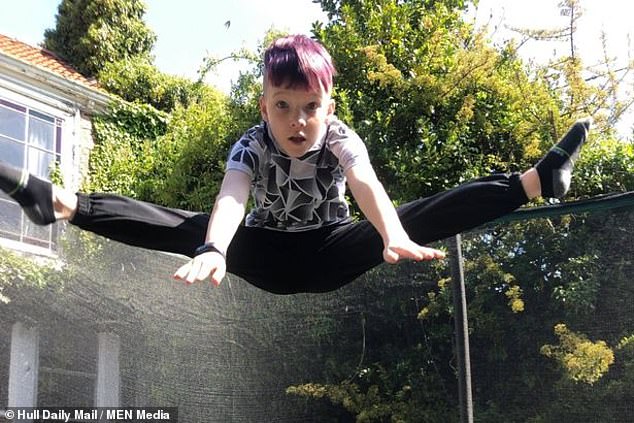 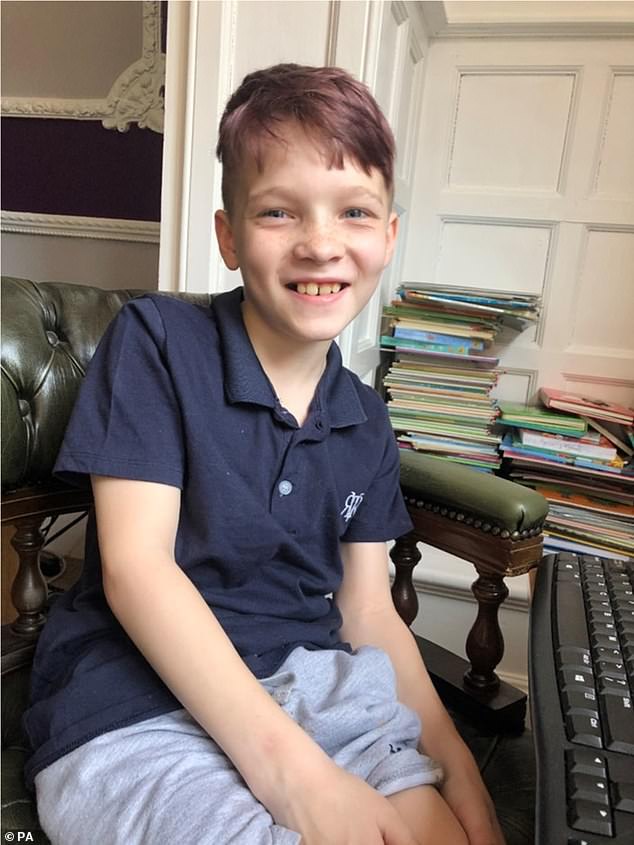 The court heard Cawkwell knew the bike’s front brake was defective. If it had been fully operational it might have stopped the motorbike before it struck the young gymnast 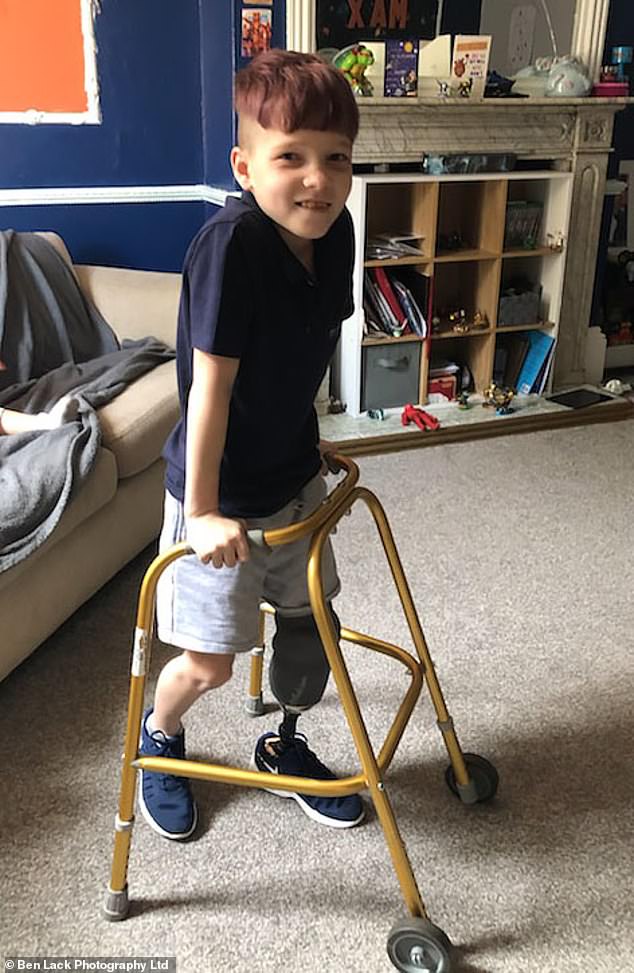 Max Clark, pictured, is learning how to walk again using a prosthetic leg after he was run over 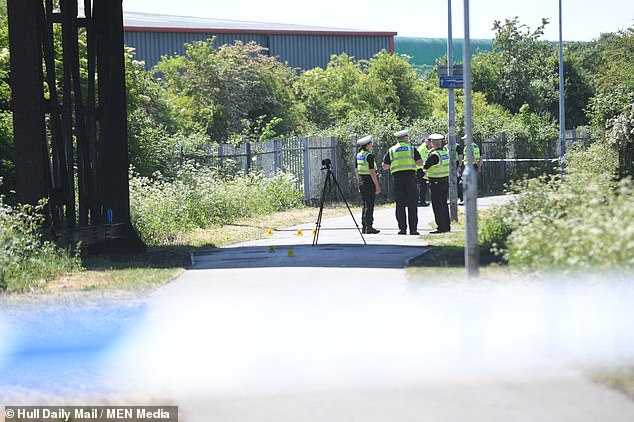 ‘I know I am looking at five years. I am sick. It was stupid. I was trying to be someone I am not.’

Outside the court, Mr Clark said he was pleased with the sentence ‘ but ‘there is no punishment that would fit what has been taken from him’.

He described the scene of the accident as ‘something from a war movie’, adding:

‘Max did not pass out. He braved it out. But he will have to live with this for the rest of his life.

‘A lot of people are angry with Jerome. I am not ready to forgive him.

‘But I am more angry with myself. I am supposed to be the protector of my family.

‘Max still wants to do gymnastics. He got his prosthetic limb a few days ago and is already hoping for the Paralympics.’

Darwin: Hundreds of Australians cut loose in the sunshine at Reset 2020 music festival

Ex-MI6 agent, 73, probed over claims he gave information to Beijing

Sacked chief-executive, 60, posts a video of himself doing press-ups to show

Heroin worth £120m seized from shipping container at British port

Darwin: Hundreds of Australians cut loose in the sunshine at Reset 2020 music festival
4 mins ago

Darwin: Hundreds of Australians cut loose in the sunshine at Reset 2020 music festival

Vitamin B12 deficiency symptoms: The sign in your ears you could lack the vital vitamin
19 mins ago

Vitamin B12 deficiency symptoms: The sign in your ears you could lack the vital vitamin

Vitamin B12 deficiency symptoms: The sign in your ears you could lack the vital vitamin
21 mins ago

Vitamin B12 deficiency symptoms: The sign in your ears you could lack the vital vitamin