Two Victorian mates have been found bogged down on a muddy back road after police busted their second attempt at crossing the South Australian border.

The two men, 23 and 18, from Melbourne first tried to enter the state in a white Volkswagen van at around 4am on Thursday.

The pair were stopped at a checkpoint on the Dukes Highway at Bordertown and told they were non-essential travellers and would need to self isolate for 14 days. 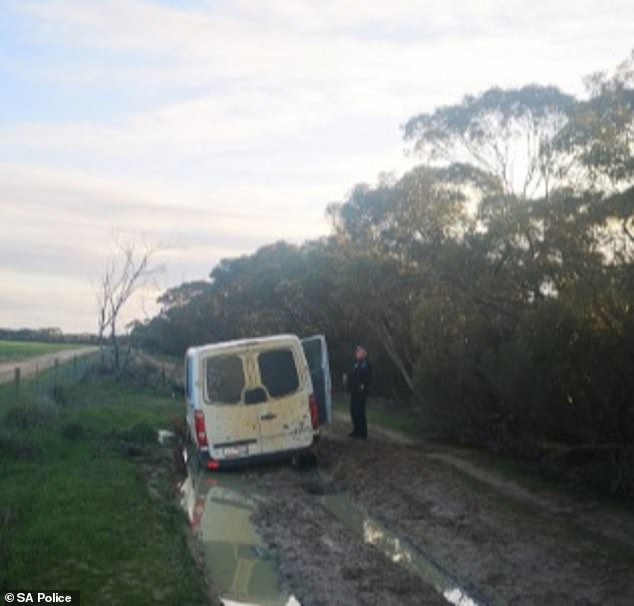 Two men, 23 and 18, from Melbourne tried to sneak into South Australia on Thursday and were found bogged down in a muddy back road (pictured) on their second attempt 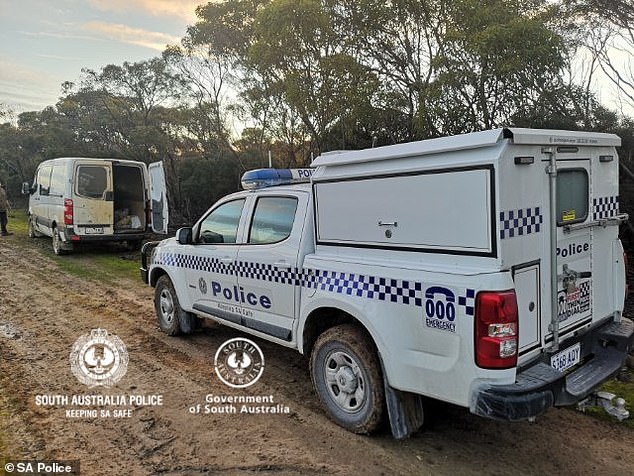 They also failed to complete an online application to enter the state and opted to return to Victoria.

But 12 hours later, police found the van and the two mates bogged on a dirt road near Pinehill Road at Senior, about 28 kilometres north.

‘Police will allege the pair had briefly returned to Victoria before re-entering South Australia, bypassing the border checkpoint and travelling along back roads towards Bordertown,’ SA Police said in a statement on Friday.

They were again given the option to self-isolate for 14 days or return to Victoria.

The mates chose to return and were escorted back over the border.

SA Police are continuing to patrol cross-border roads from Victoria and are fining anyone detected illegally entering South Australia. 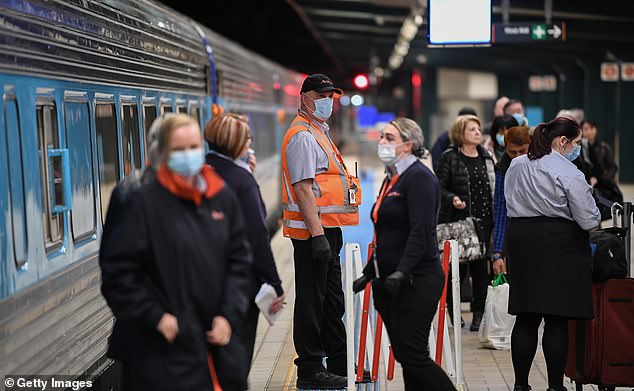 Victoria on Friday reported 66 new cases and a total of 442 active coronavirus cases in the state.

Dozens of suburbs across the city entered the second day of a reinstated lockdown after more than two weeks of double-digit case increases.

Victorians will be required to self isolate, often at their own expense, in states like the ACT, South Australia and Queensland as the rest of nation begins to reopen.

Queensland will open its border on Friday at noon and residents who have visited Victoria have until then to come home.

Queenslanders may then be blocked from entering or have to fund their own 14-day quarantine in a government-assigned hotel.

A high police presence at the Queensland border will continue to ensure visitors have not travelled to Victoria. 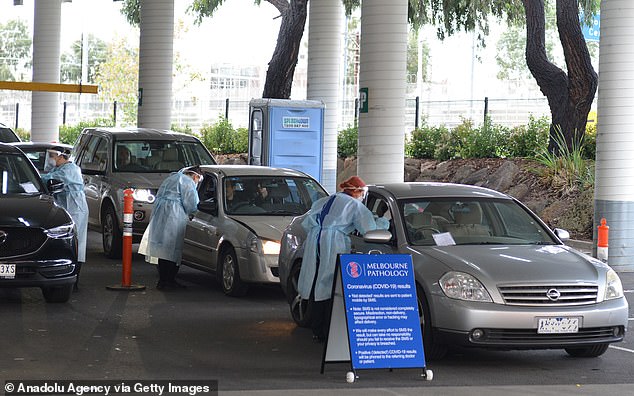 Victoria on Friday reported 66 new cases and a total of 442 coronavirus cases in the state. Pictured: Coronavirus testing in Melbourne

'For f***'s sake!': Health minister is caught swearing in the House of Lords

Donald Trump says every American should have a vaccine by April

Check Also
Close
Featured Posts
'For f***'s sake!': Health minister is caught swearing in the House of Lords
6 mins ago

'For f***'s sake!': Health minister is caught swearing in the House of Lords

Police find stash of EIGHT guns at home of jealous husband, 53, who shot his wife's secret lover
17 mins ago

Us BBC start date: How many episodes are in Us?
20 mins ago

Us BBC start date: How many episodes are in Us?