The Department of Health has warned hospitals and care homes not to use more than 85 million masks and respirators because they are unsafe and passed their use-by dates, it has emerged.

Notices for disposal and distribution stoppages have been sent out on millions of items that the Government has distributed from the pandemic stockpile kept in Haydock, Warrington because they have started to degrade and ‘pose a risk’ to staff.

A Channel 4 News investigation found last week that medical equipment regulator MHRA, issued guidance to the NHS stating that millions of Cardinal surgical masks, distributed by the company Medline, should be ‘disposed of’.

More than 67 million of these masks were in the Government stockpile. 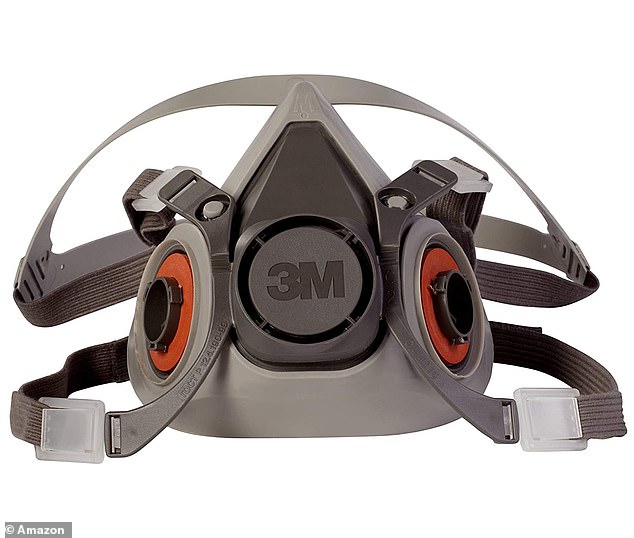 The Department of Health has warned hospitals and care homes not to use more than 85 million distributed masks and respirators over safety concerns. Pictured: Safety warnings have been issued over some 3M respirators described as ‘sub-optimal’

In advice to health workers, the NHS stated: ‘There is a risk to staff wearing the mask if the foam strip on the mask flakes and enters their airway or mouth’.

In the investigation to be broadcast tonight, it was also discovered that safety warnings have been issued about 3M 1863 respirators which the government previously claimed were safe to use.

A confidential memo sent to healthcare workers in the South West stated that certain 3M respirators were ‘sub-optimal’.

It warned staff to check for signs of degradation, including ‘grey nose foam band missing from mask’, ‘Degraded nose foam band – dry and crumbly’ and the ‘inside layer coming away and creating loose fibres in mask and mouth’.

There were 11.5m of these in the stockpile – most of which were expired at the start of the year. 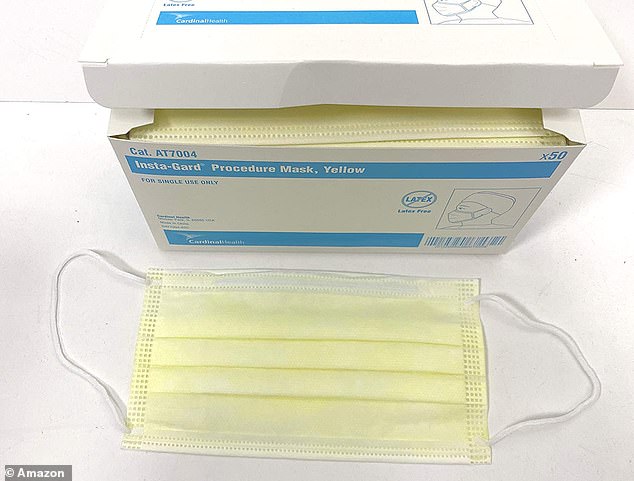 A Channel 4 News investigation found last week that medical equipment regulator MHRA, issued guidance to the NHS stating that millions of Cardinal surgical masks, distributed by the company Medline, should be ‘disposed of’.

On the 6th of June DHSC told Channel 4 News: ‘DHSC took a decision in March 2020 not to further distribute the [Cardinal] respirators in agreement with HSE. We had received reports in the same month that staff were unable to achieve a successful fit test with this respirator and thus for the reassurance of hospital staff a decision was taken to no longer deploy.’

But Channel 4 News has seen evidence the same respirators are still being used – notably in the South West. On 22nd June the Local Resilience Forum published a document stating they were ‘now being fit tested across all providers in the SW region’.

In total, approximately 85 million masks and respirators that were held in the stockpile have been affected.

Concerns were first raised about the safety of the PPE in March when frontline medical staff noticed that the equipment had passed its expiry date.

At the time Public Health England assured medical staff that the equipment had been ‘rigorously tested’ and was safe to use.

In March, just days before the lockdown was imposed, the government sent samples of expired 3M respirators to Inspec, an independent testing laboratory.

But the inspection report, released to Channel 4 News after 5 weeks of repeated requests, shows that just 49 specimens, out of 16 million held in the stockpile, were tested for filtration and a further 49 for breathability.

While all the tested samples fell comfortably within the legal limits, the report says the finding was ‘limited’ because ‘the testing requested was insufficient completely to verify compliance with the clause.’

John Cherrie, President of the Institute of Occupational Medicine, told Channel 4 News: ‘The amount of testing that was done was really woefully inadequate. I would have expected perhaps ten times as many tests as were carried out to be sure and that those tests should have been carried out clearly in a representative way from the stockpile.

‘It’s surprising that the national stockpiles are allowed to get into this rather ‘out of date’ situation. And I would have expected that they might have been better managed, and stock which was near to the end of its life or was outside its use date would have been disposed of and replaced.

‘I can’t see any strong evidence that suggests that the masks that were released were not suitable to protect individuals.. but the process they went through was not sufficient to be sure of that. But there’s no evidence to say that people have been harmed by wearing these masks.’

INSPEC, the laboratory hired to carry out the tests, told us they were an ‘accredited laboratory and as such the testing was performed as per the Customer’s instructions.’

Martin Lewis: Britons may be entitled to flight refunds even if journey isn't cancelled

Child Maintenance: Parents struggle as a third of payments withheld during lockdown