Don’t rock the boat! Gentle 35ft humpback whale ‘plays’ with fishermen as it glides under the hull

A giant humpback whale was caught on camera seeming to play with a fishing boat and making rock side to side.

Colin Sutton was searching for yellowfin tuna in the Sea of Cortez off San Jose del Cabo, Mexico, with his friends earlier this year when they were greeted by a 35ft-long visitor.

The enormous animal swims directly underneath the 28ft-long boat and knocks the side, causing it to rock. 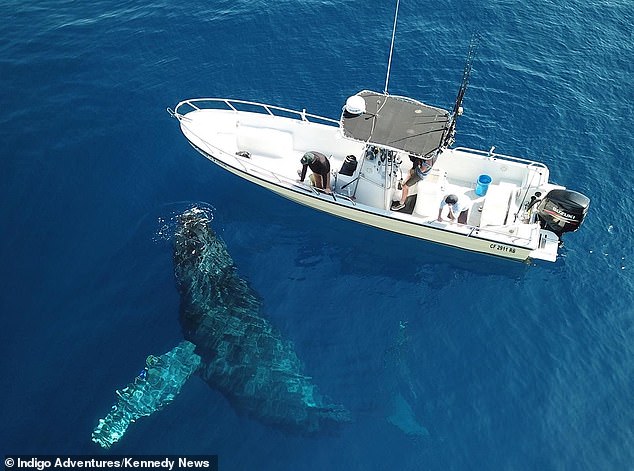 A 35ft-long humpback whale swam underneath a fishing boat, making it rock side to side, in the Sea of Cortex off San Jose del Cabo, Mexico, earlier this year 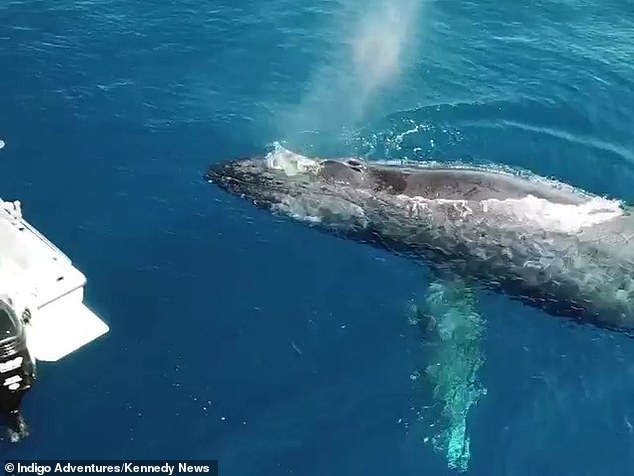 Mr Sutton and his friends, Reed Gunderson and David Reid, hold on to the sides of the vessel to steady themselves before venturing over to the other side to keep track of the whale’s movements.

It begins to turn gracefully in the crystal clear coastal water before heading back toward the boat and spraying out of its blowhole.

The gentle giant played alongside the ship, owned by Mr Sutton’s company IndiGo Adventures, for around 45 minutes.

Mr Sutton said in the eight years he has been running the business, which offers customs trips and activities including free diving, spear fishing, and sea kayaking, he had never had an encounter like it. 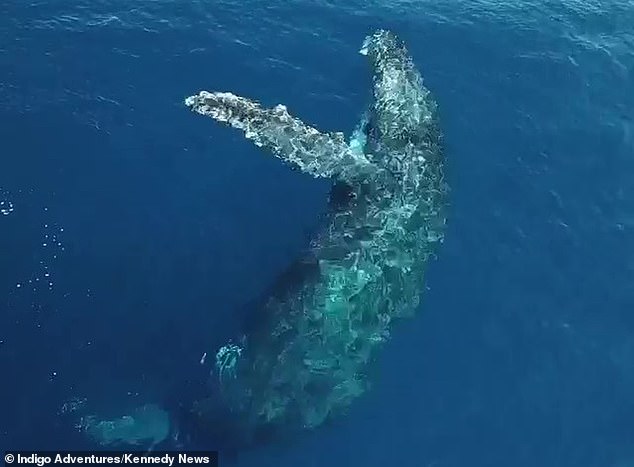 He said: ‘For a whale to be focused on us like that for 45 minutes, it was genuinely magical.

‘I’ve seen lots of marine life before, but nothing similar.

‘The boat moved from the whale once or twice when it very gently nudged us, otherwise only a little from the swirling water from its tail and fins.

‘Its energy was calm and curious.’

London lockdown: Matt Hancock and Sadiq Khan could shut down UK capital by TOMORROW
18 mins ago

Doctor, 62, dies from coronavirus after she spent months advocating for face masks in Kentucky
21 mins ago