Ex-soldier, 23, kills himself after telling girlfriend 'I'm the happiest ever'

Ex-soldier, 23, kills himself hours after revealing to his girlfriend that he was planning to propose as he told her: 'I'm the happies


Ex-soldier, 23, kills himself hours after revealing to his girlfriend that he was planning to propose as he told her: ‘I’m the happiest I’ve ever been’

A former soldier killed himself just hours after telling his girlfriend he was planning to propose and sent final texts saying: ‘I’m the happiest I’ve been – I hope you know how much I love you’.

Four months before his death last August, Macauley Jepson, 23, from Staffordshire, had discharged himself from the forces because of fears over his physical health after he suffered chest pains on a training exercise, an inquest heard.

He had also been affected by the loss of one of his childhood friends to suicide earlier in the year.

But the Liverpool fan appeared to be in good spirits and was talking about his plans for the future and on the night before his death Mr Jepson texted his girlfriend Bethany Greenhough saying: ‘I hope you know how much I love you’.

Hours later on August 14 last year his family returned from their week-long holiday and found him dead at his home in Stoke-on-Trent. 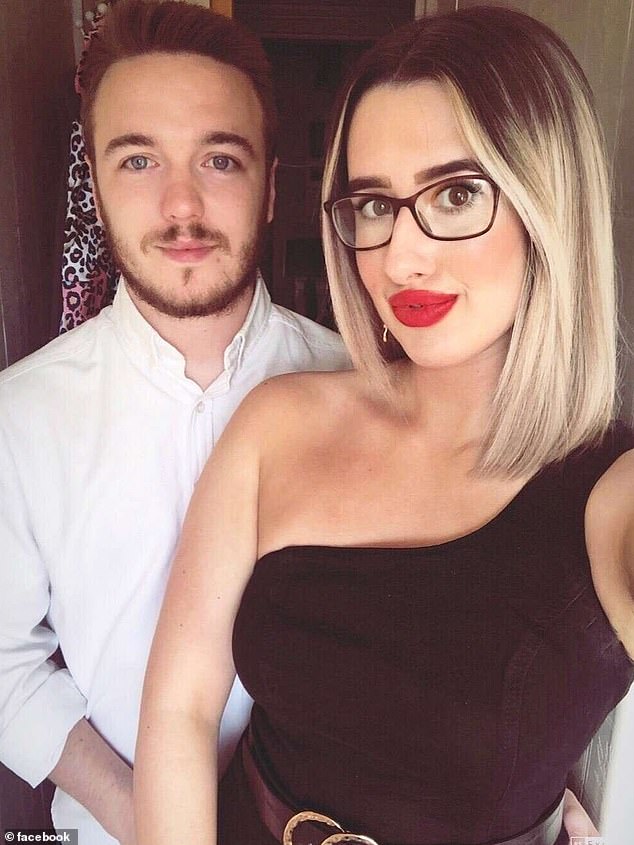 Macauley Jepson, 23, killed himself just hours after telling his girlfriend Bethany Greenhough he was planning to propose and sent final texts saying: ‘I’m the happiest I’ve been – I hope you know how much I love you’

In a statement Bethany Greenhough said she last saw Macauley on the morning of Tuesday, August 13 and he text her later that day about his plans to propose.

She said: ‘The last message he sent me was on the Tuesday at 11pm. He text me during the evening and said ‘I hope you know how much I love you’.

‘I switched my phone back on after work on the Tuesday and continued to exchange text messages. He sent me a message saying ‘I’m the happiest I’ve been in the last three years’. 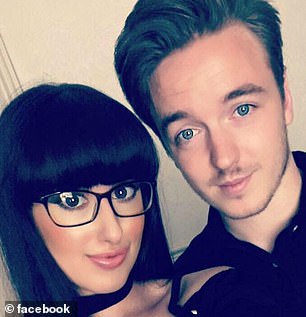 ‘We had a conversation and he said he was going to propose to me and planned on marrying me. He talked about how his plans had been frustrated by him coming out of the Army.

‘The last message he sent told me how much he loved me and he wished me a good night’s sleep.

‘I thought it was strange that he didn’t text me on the Wednesday morning, but I thought he was lying in or tidying up before his family came back’.

Describing their life together she said: ‘Our relationship was very good, we never had an argument. In terms of mental health he was fine on the whole.

‘When he did one of his physical tests in the Army he had a tight chest while he was running and felt like he couldn’t breathe.

‘For that reason, having been told the physical training would only get harder, he decided he was going to leave the Army.

‘Tests were done by his GP to see if there was any issue with his heart, and all of those tests came back negative.’

The inquest heard how Macauley, who gained a master’s degree in sports science and psychology, had discharged himself from the Army in April, 2019 after suffering chest pains during physical training.

In a statement his mother, Lisa Gibson told North Staffordshire Coroner’s Court she had last spoken to her son over the phone the day before he died.

She said: ‘He was devastated when he left the Army. It was a big event in his life and he told me in May that he felt he had let me down.

‘When we went on holiday on August 9 he was laughing and joking and back to his normal self and nothing gave us cause for concern.

‘He called me to tell me his results had come back for his tests and that they were clear. He said he was planning on rejoining the Army as an officer and seemed ecstatic.

‘I last spoke to him on August 13 at 5.30pm. I called him and asked if he was OK. He asked what bins needed to go out and asked how his sister was, there was nothing unusual.

‘He had a friend who took his own life and he was instrumental in organising a get-together to celebrate his friend’s life. We simply don’t know why this happened.’

While his mum, dad, younger sister and younger brother had been away on holiday Macauley stayed at his girlfriend’s house on August 12.

Concluding that Macauley died as a result of suicide, North Staffordshire coroner Andrew Barkley said: ‘I’m very sorry that nothing answers the central question which is why this happened.’

Medical records from his family doctors showed no history of mental health issues.

If you need help call The Samaritans on 116 123 or visit www.samaritans.org

I'm A Celebrity 2020: Beverley Callard shuts down rumours she will appear on ITV show

I'm A Celebrity 2020: Beverley Callard shuts down rumours she will appear on ITV show 0

Jeremy Clarkson speaks out on rare 'emotional' moment on Who Wants To Be A Millionaire? 0