Joe Biden stutter: Moment Biden gives glimpse of obstacle he overcame to be US President

Joe Biden was sworn in as the 46th President of the United States and spoke to the country on the importance of unity in the coming years. During h


Joe Biden was sworn in as the 46th President of the United States and spoke to the country on the importance of unity in the coming years. During his first speech, President Biden gave a slight glimpse into one of the issues he has struggled with all of his life – his stutter. Listing the divisions in the US, President Biden stumbled slightly while attempting to say the words “urban” and “rural”.

But many viewers were left inspired by the president’s ability to correct himself and continue on with his speech while on one of the biggest stages in the world.

On his stutter, last year he said: “I still occasionally when I find myself really tired, struggle with my stutter.”

He has had the speech impediment since he was a child.

An estimated one percent of the global population has a stutter, with the rate growing as much as five percent among children.

President Biden admitted his mother, Catherine Finnegan Biden, played a significant role in him overcoming his speech disorder when he was a child.

Speaking at a town hall meeting last year, Mr Biden said: “I didn’t have professional help but I had three things going for me.

“First, I had a mother with a backbone like a ramrod and she’d go, ‘Joe, look at me. Look at me, Joey. You’re handsome, you’re smart, you’re a good athlete, Joey. Don’t let this define you. Remember who you are. You can do it.’

“And so every time I walked out, she reinforced me. I know it sounds really silly but it really matters. The worst thing a parent can do is finish a kid’s sentence.”

Mr Biden’s ability to overcome this struggle did receive praise from viewers who took to social media.

One Twitter user wrote: “Adam Boulton’s job is to talk about the news, not just present it.

“And what he said, actually, is correct by definition of the words he used.

“You might not like the tone of them, but it is hard to argue that they aren’t true.”

While another wrote: “Joe Biden wasn’t my choice of Dem nominee.

“I still plan to be just as critical of him as the previous President.

“But it’s really, really cool that he struggled with a heavy stutter through his life and is currently addressing the country with leadership during a terrifying time.”

How to watch Sky TV on your Amazon Fire TV Stick, if you're short on Christmas movies 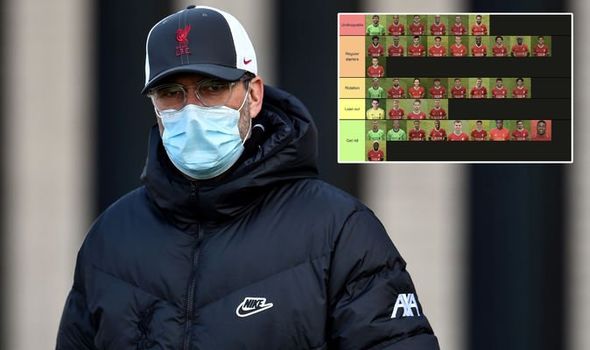 BBC backlash: Labour turns on broadcaster over claim MP was snubbed for interview

BBC backlash: Labour turns on broadcaster over claim MP was snubbed for interview 0

Hvitserk recognised the woman as Idun, the Goddess of Youth, and she said she had been following Hvitserk for some time.She explained how she had b [...]
Read More
Tech

Android users are no strangers to receiving security alerts, with these warnings being issued on an incredibly frequent basis. So much so that when [...]
Read More
Tv & Show

Death to 2020 is streaming on Netflix worldwide now and if you're in the mood to laugh at the craziness of the past year, you will not want to miss [...]
Read More
© 2020 DAILY STAR POST. All rights reserved. Designed by Mehme Eli