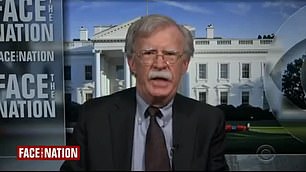 John Bolton suggested Sunday morning that Donald Trump pays more attention to television than his advisers, claiming he would be interested to see a statistic on how much time the president spends in the Oval Office compared to watching television.

Trump’s former national security adviser was asked whether the president’s thinking is shaped more by what he watches in the media or by his aides and advisers.

‘I think it’s a combination of television and listening to people outside of the government that he trusts for one reason or another,’ Bolton told CBS host Margaret Brennan.

Trump often spends his morning tweeting about what is said and featured on Fox News’ Fox & Friends and other morning news shows.

He also tweets and expresses his ire in other ways toward networks and newspapers he calls ‘fake news,’ including CNN, the Washington Post, New York Times and MSNBC. 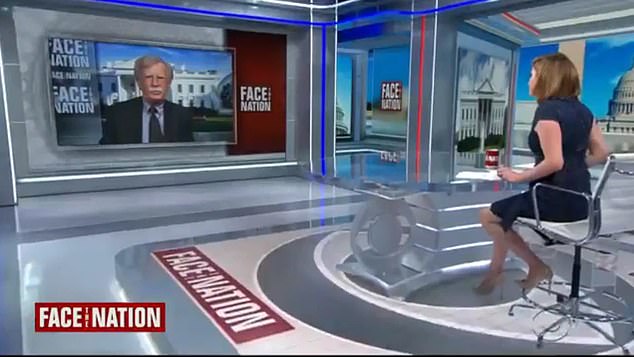 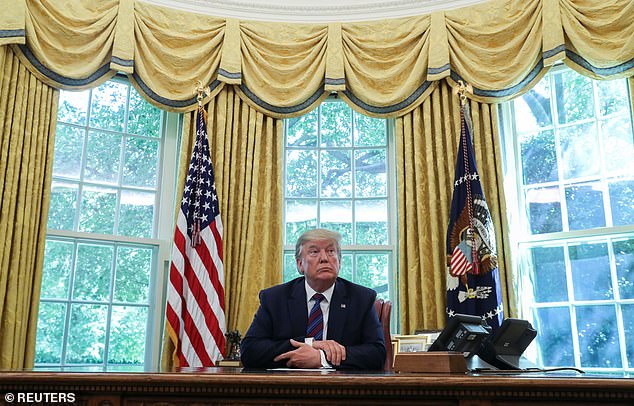 Trump spend much of his days tweeting about ;fake news media’ and what is covered on network news shows

The former national security adviser served in Trump’s administration from April 2018 to September 2019, and Trump continuously asserts he fired Bolton.

The president and Bolton often aired their differences in opinion regarding national security and how to engage in foreign affairs, and Trump often points to an April 2018 comment from Bolton where he said the U.S. should pursue a ‘Libya model’ when dealing with North Korea.

Trump told Fox News it was ‘one of the dumbest things I’ve ever seen on television.’

Bolton says he stand by his comments.

‘I don’t think I could be clearer in talking about the Libya model of 2003-2004, we had a clear strategic decision for Muammar Qaddafi to give up Libya’s nuclear weapons program, we have never had that from North Korea,’ Bolton told Brenner.

‘One day the president will learn a little history and we’ll be better for it,’ he added.

Bolton, who insists he resigned, has launched himself back into media relevance as he released a book last month about his 17 months in Trump’s administration.

‘The Room Where it Happened: A White House Memoir’ included a plethora of revelations about Trump’s thinking and his interaction with world leaders as Bolton accompanied him on several international trips.

Democrats and Republicans have bashed Bolton for releasing the book, claiming he should have revealed that information when the House Intelligence Committee subpoenaed Bolton.