23 June 2020: 'Soft at heart': Darren Mohr'Your Honour I have known Darren for over 10 years in multiple capacities, from being a mere acqu 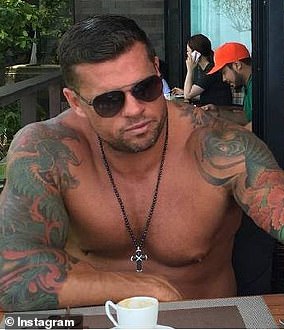 ‘Your Honour I have known Darren for over 10 years in multiple capacities, from being a mere acquaintance then a friend and finally a girlfriend/defacto partner.

‘I would say with confidence that I know him very very well. My experience and opinion of his character is that he is a very kind, caring and driven man.

‘Unfortunately at times Darren tried to portray a certain persona in order for him to seem ‘tough’.

‘He is however one of those few people that take the time to listen to everyone and interact with them by making them feel important and interesting when you are in his company.

‘He is very engaging and intelligent. You always seem to learn from him in his presence.

‘He is kind, compassionate and very generous. He is the type of person to give you the shirt off his back.

‘He may look like a tough guy but I assure you his heart is soft. I was very surprised Darren got himself involved in all this because he was never one to go out of his way to disrespect the law or look for trouble.

‘Darren always had a high opinion of Police and was very polite and courteous to officers as long as I have known him.

‘I don’t believe he had any anger towards authority. So given my experience getting to know him and eventually entering into a relationship with him I honestly didn’t expect he would get into any trouble with the law.

‘I speak to Darren almost daily and he often reflects on the mistakes he has made, what could have been and the sadness he feels to now be in this position.

‘He often talks about waking in the night tormented by regret over what he was involved in and the repercussions those actions had on other people.

‘He has said he did not think or realise that other people and the community could or would be affected by the crime he was a part of. 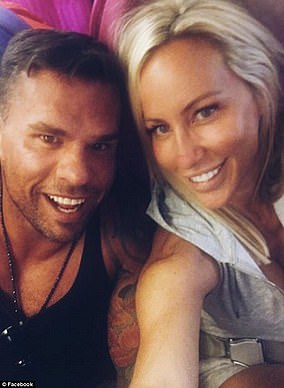 Mohr and Ms Marsh in a happy snap before his arrest

‘It certainly takes a lot for Darren to cry and I have been in his presence when he has been talking about the magnitude of this, his regret over the pain he has caused others and ultimately himself.

‘Not to mention his realisation of the ultimate effects on others when it comes to drugs. Darren would always try to help anybody that was in trouble of any sort if he was able to.

‘He definitely had the reputation in the circle of people we all associated with as a ‘ big brother figure’ that was always there for a chat or to offer advice. He was well liked and respected.

‘People wanted to hear his opinion.

‘I think a great example of this kindness was Darren moving to QLD to look after Nathan, his friend after his wife passed away.

‘I believe that once Darren is released he will work and try to make something of himself once more as best he can.

‘He has always had a strong work ethic and regrets losing everything he worked for.

‘I honestly believe he has no chance of re offending as this was one, stupid mistake and it has never been his intention to be a criminal or even be associated with criminals.

‘His loved ones are upstanding members of society with business’ and have families.

‘It is of my opinion he has been truly humbled and is looking forward to getting back to the basic things that make people happy in life.

Americans are talking more about politics, having less sex and men are doing MORE housework

Americans are talking more about politics, having less sex and men are doing MORE housework 0

Furious holidaymaker lashes out Brits over Spain's quarantine 'I feel safer in Majorca!' 0

How to clear cache on an Android phone 0