Melbourne residents are being urged to dob in anyone they suspect are breaking COVID-19 lockdown rules as police enforcement ramps up in hotspot suburbs.

More than 1,000 police officers, including members from elite units, will stalk the streets over the month-long lockdown which has been set in 36 suburbs in the city’s north west.

Drones will also be hovering above neighbourhoods keeping a watchful eye on residents, who will be hit with a $1,652 fine if caught breaking the rules.

The state recorded 66 new cases on Friday, with Premier Daniel Andrews warning  more suburbs could soon be locked down. 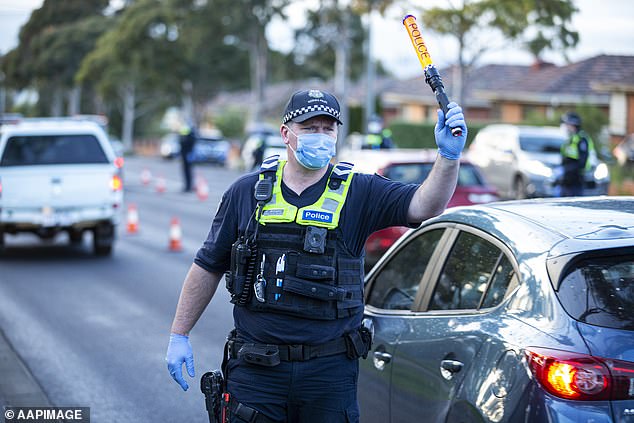 Melbourne residents are being urged to dob in anyone they suspect are breaking COVID-19 lockdown rules (pictured, police direct traffic in Broadmeadows in Melbourne on Thursday) 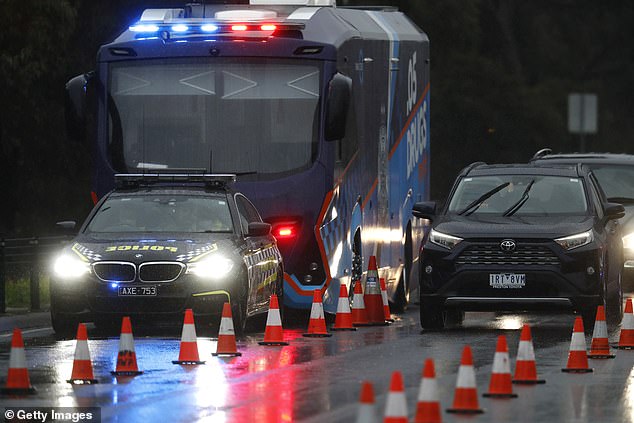 Victoria Police has been flooded with calls from concerned neighbours and urged people to continue reporting breaches on their website or non-emergency phone line.

On average, police received around 3,500 non-urgent calls a day, but after the outbreak of the deadly virus became inundated with up to 11,000 everyday – the majority reporting those flouting the rules.

Automated number plate scanners will also be used to catch anyone travelling to or from a coronavirus hotspot. 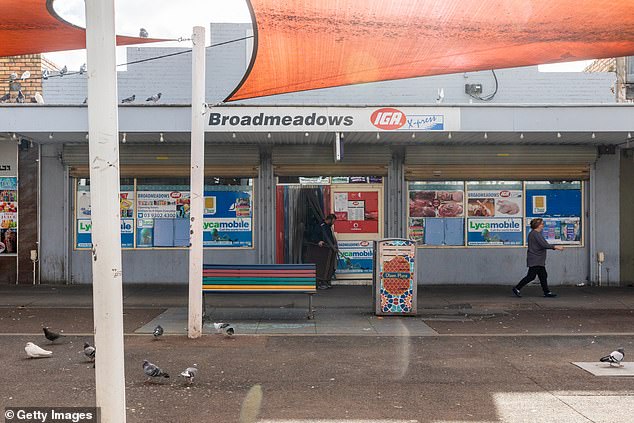 A quiet scene outside a supermarket in Broadmeadows on Thursday (pictured), which is one of the suburbs in lockdown 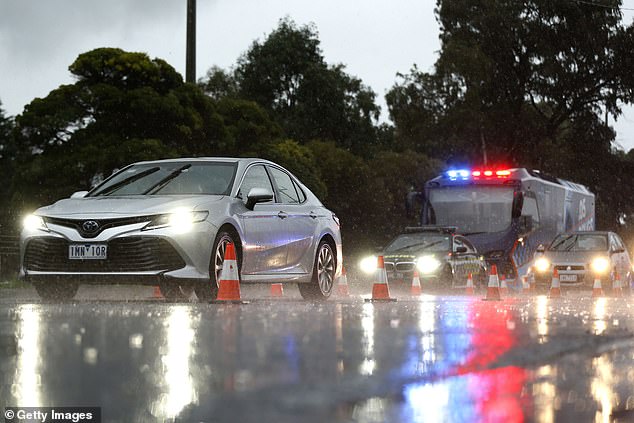 Cars are seen being stopped going in and out of the coronavirus lockdown suburbs in Melbourne on Friday (pictured, a check point at Sydney Road in Fawkner)

Residents living in the hotspots are only permitted to leave their homes for work and school, food shopping, giving care and daily exercise.

‘People will not know where we will be, they will not know how long we’ll be there for. But they’ll be intercepted,’ Commissioner Patton said on Thursday.

‘I want to be absolutely crystal-clear: for those who are selfish enough to disregard these warnings from the CHO, the deliberate, obvious and blatant breaches, if they’re committing that, we will be infringing them.

‘The window of police discretion is a very small window at the moment, I can assure you, and it’s rapidly closing.’ 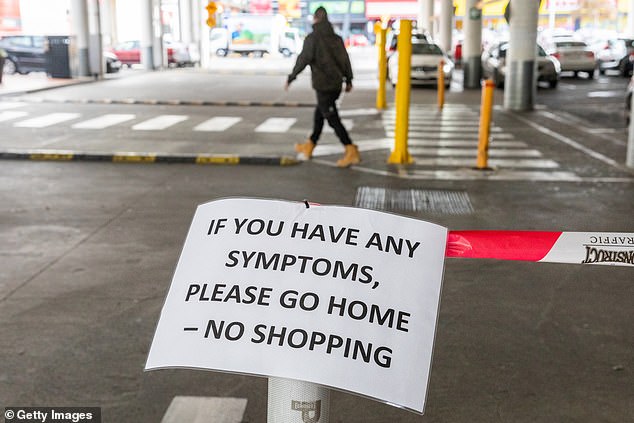 Police will be enforcing the orders with random vehicle checks similar to random breath tests and will dish out on-the-spot fines.

Each motorist is being asked where they are going, where they have come from and the reason for their travel.

Restaurants, gyms, pubs and all other non-essential services in the suburbs must once again close their doors.

Affected businesses will be compensated with a government cash grant of $5,000. 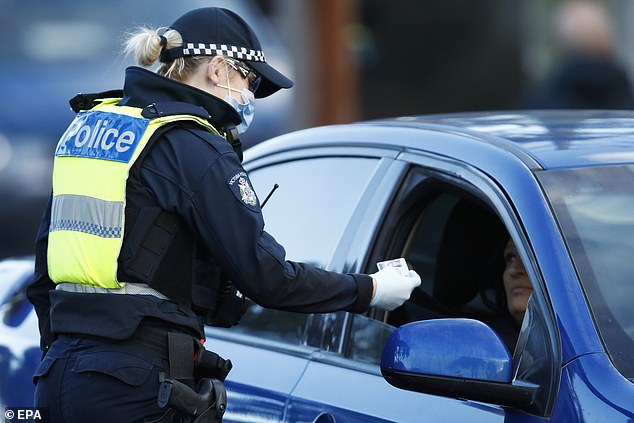 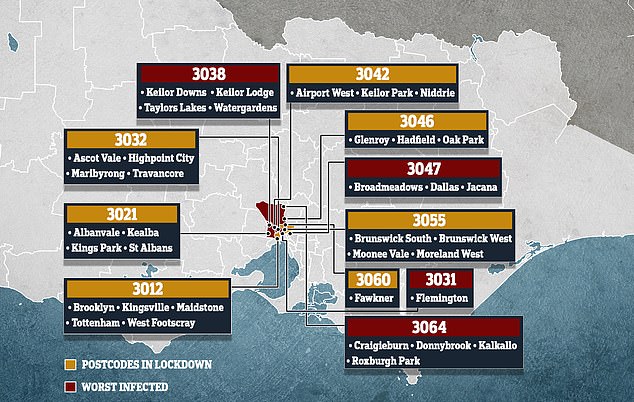 The lockdown, which came into force from 11.59pm on Wednesday, will last for four weeks.

‘You would have to have been on Mars not to understand that the Chief Health Officer’s restrictions apply in these 36 suburbs and that you’re expected to adhere to them,’ Commissioner Patton said.

‘It’s up to us to make sure that those selfish few who aren’t adhering to the guidelines know there are consequences, and by doing that we can help stop the spread.’

Premier Daniel Andrews said the lockdown was ‘deeply painful’ and ‘damaging for businesses’ but insisted that it was necessary.

‘If we don’t take these steps now we will be locking down every postcode,’ he said. 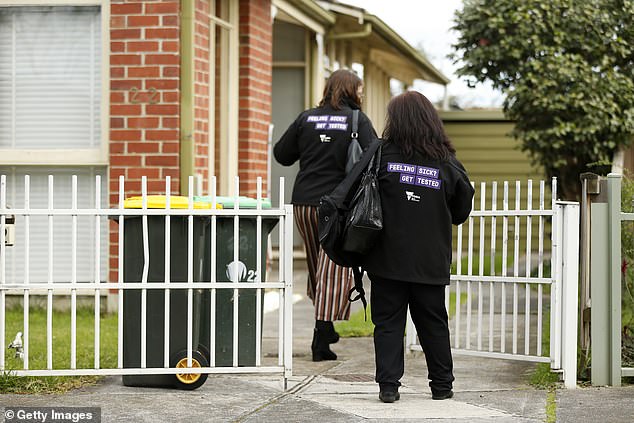 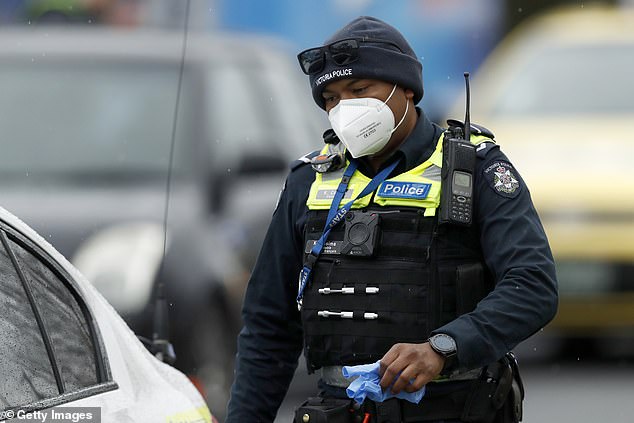 Each motorist is being asked where they are going, where they have come from and the reason for their travel

Which suburbs are locked down?

Is Gary Lineker's playboy brother the most deluded dater on the web?
39 mins ago