Brexit LIVE: Boris Johnson ‘working flat out’ to prepare for no deal – leaked docs
Boris Johnson booed by SNP fanatics after Nicola Sturgeon mocks his arrival in Scotland
'Send them back to France!' Boris Johnson to seek 'more flexibility' on immigration laws

Prime Minister Boris Johnson’s handling of the coronavirus pandemic are to be the focus of a new TV series, directed by Michael Winterbottom.

The Bafta-winning filmmaker, whose credits include Greed and 24 Hour Party People, will co-write and direct the drama.

The series will follow the real-life drama from Mr Johnson’s appointment as Prime Minister and then focus on his handling of the coronavirus crisis.

The story will recount the first Covid-19 cases in the UK, through to Mr Johnson falling ill with the virus, and the arrival of his son. 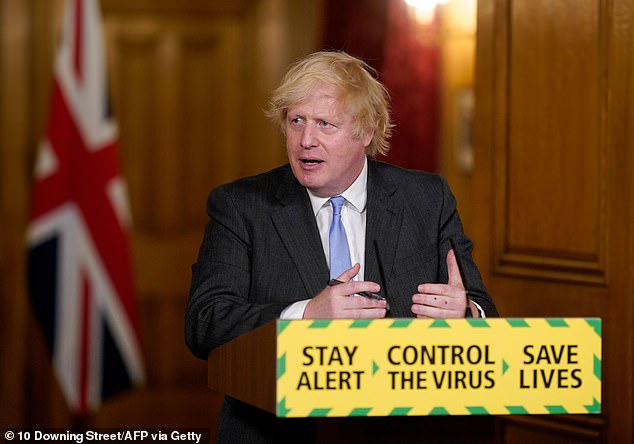 It has been announced a new drama series will follow Boris Johnson’s handling of the coronavirus crisis, beginning when he was appointed as British Prime Minister

It will explore how Mr Johnson faced ‘the biggest national and personal crisis to face a Government leader since World War Two’.

The Sunday Times political editor Tim Shipman will act as a consultant for the drama.

This is not his first TV connection, as his previous book All Out War was used as the basis for the Channel 4 drama Brexit: The Uncivil War.

The series promises to explore how Britain ended up with the second-worst coronavirus death toll in the world.

The project’s name and casting details are yet to be announced.

The project will be housed at Fremantle and Richard Brown from Passenger and Melissa Parmenter from Revolution Films will both serve as executive producers.

Brown, whose work includes True Detective and Catch-22, said: ‘Michael Winterbottom is the ideal filmmaker to tell the story of the extraordinary events surrounding Boris Johnson’s new government and the Covid-19 pandemic, which has captured the attention of the world.

‘We’re excited to join forces with Michael and Revolution Films on this project, a story which appears to demonstrate that fact is indeed sometimes stranger than fiction.’ 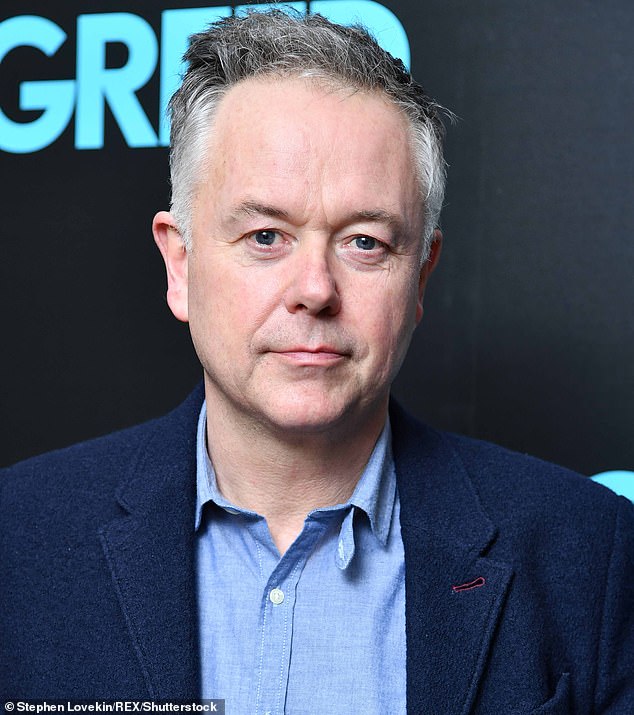 The Bafta-winning filmmaker Michael Winterbottom (above) will direct the new drama. He will also be joined by The Sunday Times political editor Tim Shipman, who will act as a consultant

Andrea Scrosati, global COO of Fremantle, said: ‘There are rare moments in history when leaders find their private lives uniquely connected to national events, where personal experience and official role collide in an unusual way.

‘The last few months in the life of the UK Prime Minister clearly mark one of these moments.

‘At Fremantle we are passionate about finding powerful and authentic stories and telling them with a fair and fact-based approach.

‘Richard and Michael are the perfect creative team to bring this dramatic story to life, in a way that does justice to the true nature of the unbelievable events experienced by one of the world’s most high-profile leaders.’

No channel or streamer has been attached to the new series yet, but it is understood that the drama will have global appeal.

Andrew Neil net worth: The staggering amount presenter made at BBC

Andrew Neil net worth: The staggering amount presenter made at BBC 0

Amazon is accused of 'opting out' of paying fair taxes 0

Brighton school in LOCKDOWN: Armed police rush to scene amid fears of ‘man with machete’ 0