An NRL star has revealed the full extent of his horrific facial injuries caused by a brutal on-field clash that could sideline him for the rest of the season.

Canberra Raiders star Sia Soliola suffered a head-on clash during Friday’s game against the St George Illawarra Dragons that left him with a fracture across his skull.

Soliola left the field with blood streaming out his nose but only learned the true extent of the injury after he was taken to hospital for an x-ray. 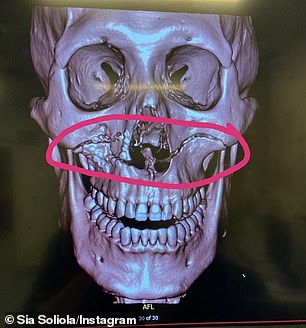 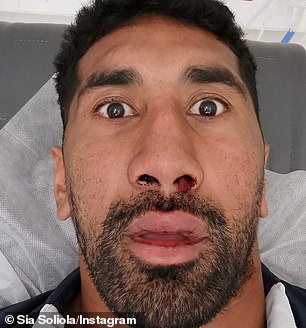 In the images shared to social media on Saturday, the Raiders forward appeared to be in good spirits despite the horrific injury.

‘At least my teeth are in tact,’ he said.

Footage from the clash showed Blake Lawrie running the ball to clash with three defending Raiders including Soliola.

Lawrie stuck out his arm that made contact with Soliola’s face before the pair smashed their heads together. 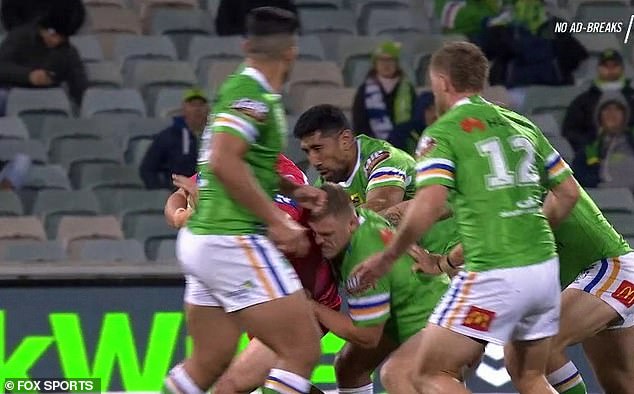 NRL Physio’s Brien Seeney also shared images of the injury on social media, revealing it could cost Soliola as much as four months off the field.

‘Fracture of this nature usually requires at least 6-8 weeks on the sideline but possibly much more depending on type of surgery required (worst case 3-4 months).’ 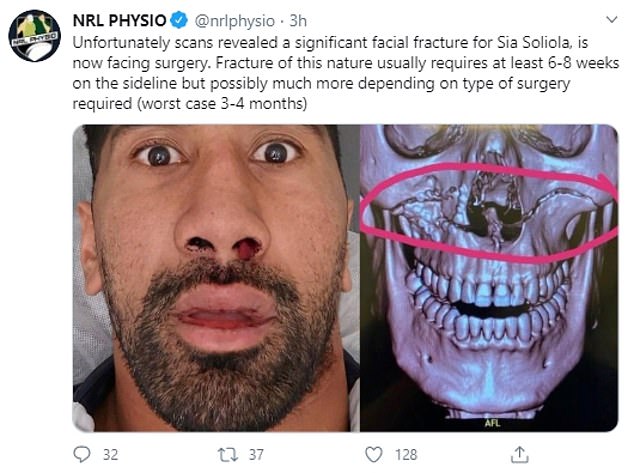 With NRL finals only four months away Raiders coach Ricky Stuart said Friday could have been Soliola’s last game of the season.

‘It’s looking like it’s a three-month injury, so that looks like it could be the season for Sia,’ he told ABC Grandstand.

Stuart is said to be meeting with a surgeon on Monday to discuss his options.

After Soliola shared the images online, he was quickly comforted by teammates and rival players who all wished him a speedy recovery.

Soliola thanked his supporters for their kind words and said he was ‘trying his best to smile’. 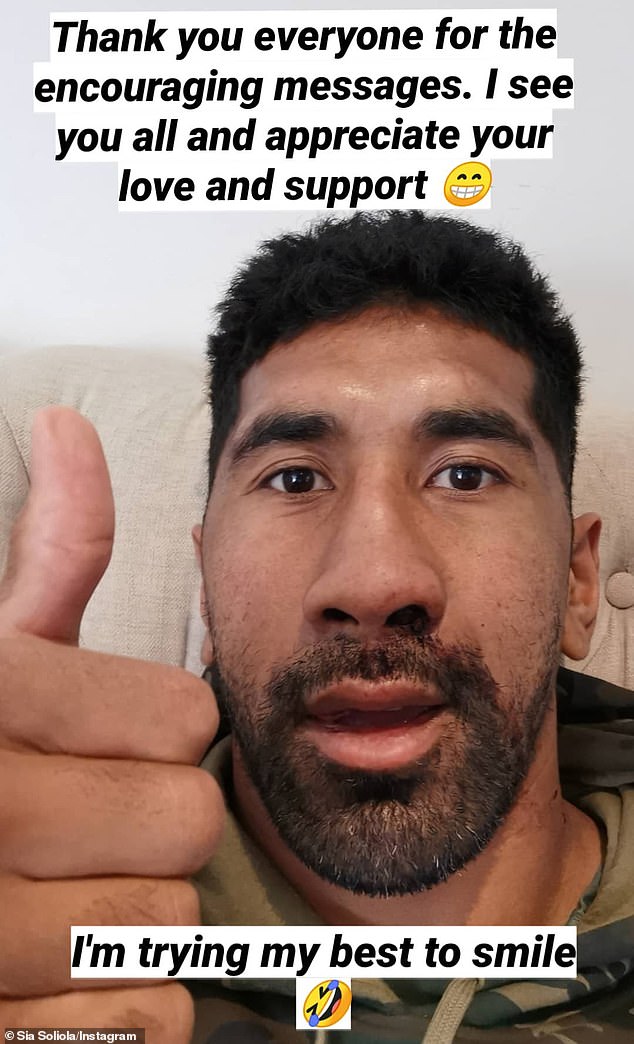 American military employee, 26, is facing jail in Germany after 'going on a bar crawl with COVID'

Check Also
Close
Featured Posts
American military employee, 26, is facing jail in Germany after 'going on a bar crawl with COVID'
44 seconds ago

American military employee, 26, is facing jail in Germany after 'going on a bar crawl with COVID'

High blood pressure: Two of the best types of vegetables to help lower your reading
5 mins ago

High blood pressure: Two of the best types of vegetables to help lower your reading