53 bedrooms, 47 bathrooms and planning permission for a nightclub: Year 12 student lists her $26,000-a-year school for sale as muck-up day prank

A Year 12 student has listed her exclusive girls’ sprawling school for sale as part of an elaborate muck-up day prank.

The sign, which points out the school is just ‘moments away’ from popular clothing store Country Road and already has DA approval for a nightclub and brewery, was so realistic that residents in the affluent suburb thought it was real. 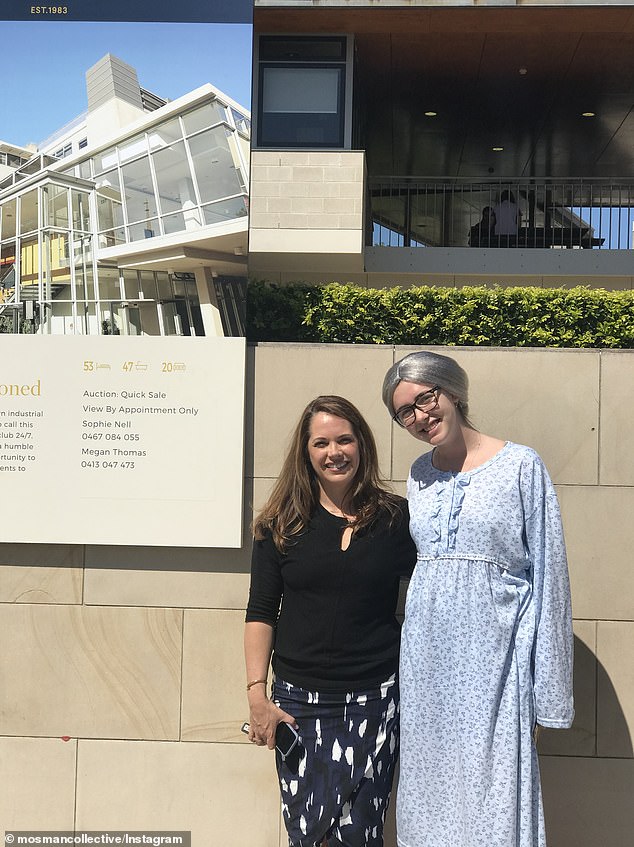 ‘Mistaken as a prison, this post-modern industrial complex invites new family owners to call this place ”home”,’ the listing hanging outside the $26,000-a-year school reads.

‘This is a brilliant opportunity to maximise views, location and only moments to Country Road.’

Speaking to Daily Mail Australia, Ms Thomas from O’Gorman & Partners Mosman said she had been approached by Sophie’s dad about an idea for muck-up day due to kick off on Thursday.

‘We were very excited to help. With the kids under so much pressure with COVID-19 and restrictions there’s no real outlet so it was great to see the school get on board and allow them to have a little glimmer of hope and fun before the HSC,’ she said.

‘I come from a PR background so for me it was a really great opportunity to do something fun and creative and obviously the office was very supportive.’ 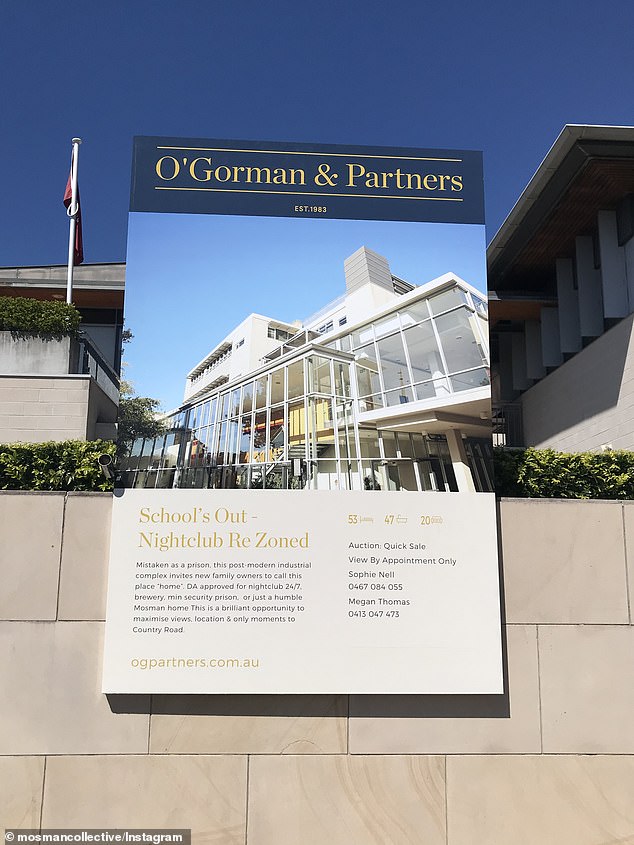 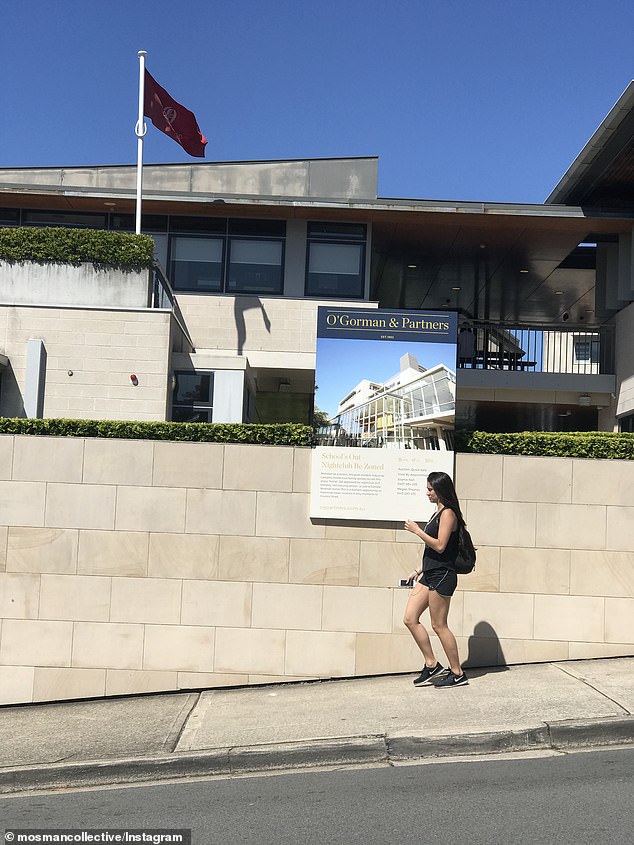 Ms Thomas said Sophie had come up with the idea and selling features of the school and her office helped put the template together.

Remarkably, the agent said she had even received a few calls from potential buyers.

‘We had a neighbour that said they were very happy the school was going and we’ve had a couple of people call and say they thought it was real,’ Ms Thomas laughed.

‘I’m waiting for some calls from a few developers.’

Driving past the sign on Wednesday morning, Ms Thomas said a crowd had already gathered to have a look – including the teachers who thought it was ‘fantastic’.

Sophie has provided her details on the listing and will be hosting an open house inspection for any hopeful buyers on Thursday.

A photo of the school was shared to Mosman Collective’s Instagram page generating dozens of comments congratulating the students.

‘So great to see the enjoyment and creativity coming through in what’s been a trying year for Year 12’s … hilarious!’ one parent said.

Last Kingdom: Why did Toby Regbo really leave the series as Aethelred?

Last Kingdom: Why did Toby Regbo really leave the series as Aethelred?
15 mins ago

Last Kingdom: Why did Toby Regbo really leave the series as Aethelred?