Single mum wakes up on her 30th birthday to find her daughter Lola, one, dead in her cot – and doctors have no idea how the ‘healthy and happy’ toddler died

A young single mother has tragically woken up on the morning of her 30th birthday to find her one-year-old daughter had suddenly died in her cot.

Elle Wilkinson discovered her youngest child Lola lying face down in her bed at their home in Caringbah in Sydney’s south on June 17.

Ms Wilkinson – who still does not know what caused her daughter’s sudden death – only made the discovery when she noticed Lola had slept in later than normal.

Her friend Chloe said when the 30-year-old picked up the youngster she noticed the colour of her skin was different and there was vomit lying next to her. 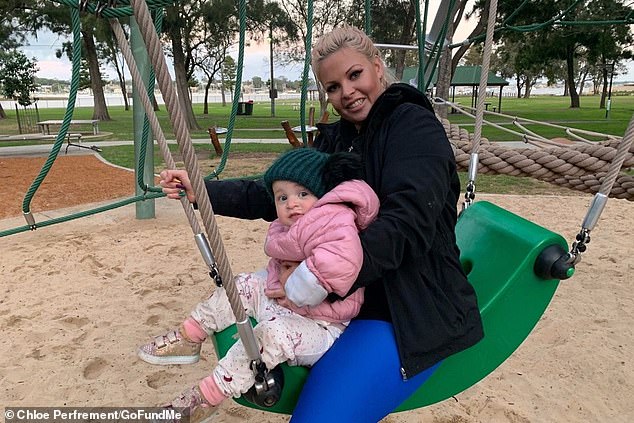 Paramedics pronounced her dead at the scene – leaving the young family ‘broken with no words’, according to the friend.

The young girl did not show any signs of being unwell prior to her sudden death and had the day before enjoyed a trip to the park with her mother, her brother and Chloe.

‘She was happy and healthy and running around the park,’ the friend told Yahoo News Australia.

Tests are being carried out on a lesion on Lola’s lung to uncover the cause of her death – which happened 12 days before her second birthday. 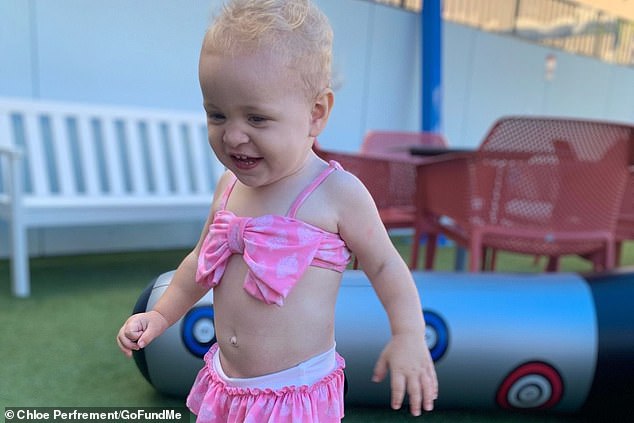 Lola died despite desperate attempts by Ms Wilkinson, the youngster’s older brother Ruben, eight, and paramedics to save her life

Lola’s older brother is staying with his father, while Ms Wilkinson is staying in a hotel while her friend raises funds to help her move into a new home.

Chloe said the mother could not bring herself to keep living in the home after what happened and needed a new start.

A GoFundMe page set up by the friend said Ms Wilkinson works as a sole trader from home and is suffering a loss of income while she stays in the hotel.

‘Our hearts are beyond broken with no words to describe this terrible situation,’ the fundraiser reads.

‘Elle has lost her beautiful baby girl and Ruben is missing his only sibling Lola.’ 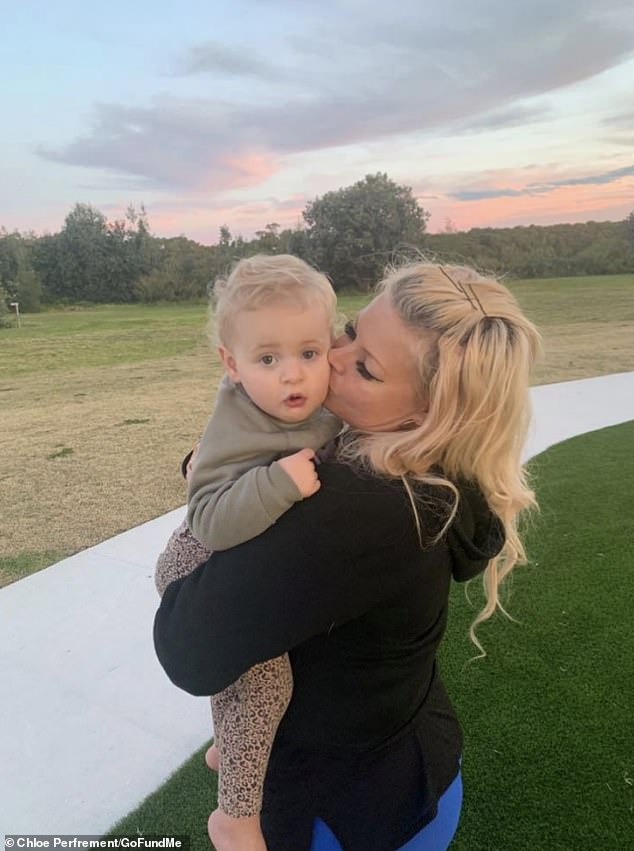 Ms Wilkinson pictured with Lola. A friend is fundraising to help the single mother get back on her feet and move to a new home