Cops called to 12-year-old boy's home after he waved toy gun during virtual class
Girl, 13, found dead and 12-year-old in critical condition after being kidnapped by uncle in Arizona
Mystery surrounding helicopter crash that killed pilot and a 12-year-old girl deepens

Police are searching for a man who was filmed punching a 12-year-old girl in the face on a busy inner-city street in Sydney.

The girl suffered swelling to her face after the man, in his late 40s, assaulted her and her mother, 50, on Allen Street in Pyrmont at 8:20pm on Wednesday.

Security camera footage shows the man loitering on the street before approaching the mother and daughter as they walked.

Out of nowhere, he punched the girl in the face and chased the pair when they attempted to run away.

After catching up with them, the man attempted to assault the mother and ripped away her mobile phone when she tried to film him.

When the woman screamed for help, he dropped the phone and ran west on Allen Street, which is the last time he was seen. 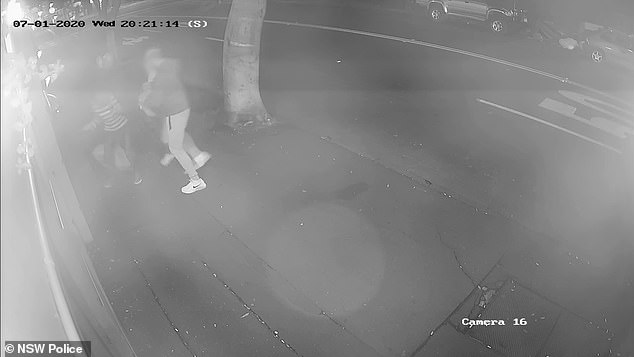 A man (right) in his 40s punched a 12-year-old girl (behind the man) while her mother (left) looked on in shock on Allen Street in Sydney’s Pyrmont at 8:20pm on Wednesday

The 12-year-old girl was left with swelling and soreness to her face, but did not require medical treatment.

The mother was physically uninjured but was clearly shaken by the confronting incident.

Police officers have launched an investigation.

The man was dropped on Allen Street in a white older model sedan, which was possibly a Mitsubishi, according to police.

Security footage from before the incident shows the man being dropped off and loitering on the street before picking his targets. 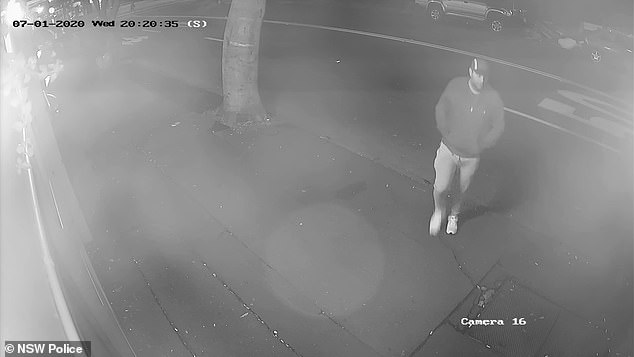 Security camera footage shows the man loitering on the street before approaching the mother and daughter, who were walking down the street

Investigators have so far not been able to identify the man and are now appealing for public assistance to help track him down.

The man is described as being aged in his late 40s and having a Mediterranean or Middle Eastern appearance.

He is around 180-190cm tall and of a solid build with thick, unshaven dark eyebrows.

When he was last seen running down Allen Street, he was wearing a blue hooded jumper, light grey tracksuit pants and a baseball cap.

Anyone with information is urged to contact Sydney City Police on 02 9265 6499 or Crime Stoppers. 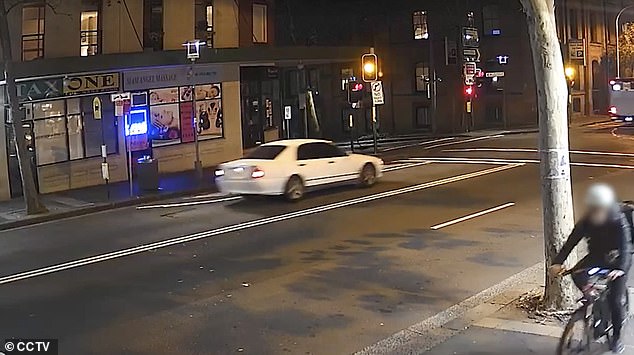 The man was dropped on Allen Street in a white older model sedan (pictured), which was possibly a Mitsubishi, according to police

'Run Mom!' Sunbathing mother narrowly escapes being crushed when tree crashes down onto her lounger 0

BT, Sky and EE customers can finally access the best broadband deals: how to cut your bill 0