Victoria has mysteriously backflipped on its request to deploy Australian Defence Force soldiers to help contain a second coronavirus wave in the state.

Premier Daniel Andrews planned to bring in up to 1000 ADF troops from Thursday, to monitor hotel quarantine as well as provide logistical and medical support for the state’s coronavirus testing blitz.

But plans to have 850 of those ADF members involved in hotel quarantine are being revised.

‘Our top priority is on planning and logistics assistance, and medical personnel to support our suburban testing blitz,’ a state government spokeswoman said.

‘We are finalising our plans for hotel quarantine, including any additional roles the ADF might be able to play.’

But within hours of Mr Andrews promoting military involvement, the government changed its request and asked for a smaller number. 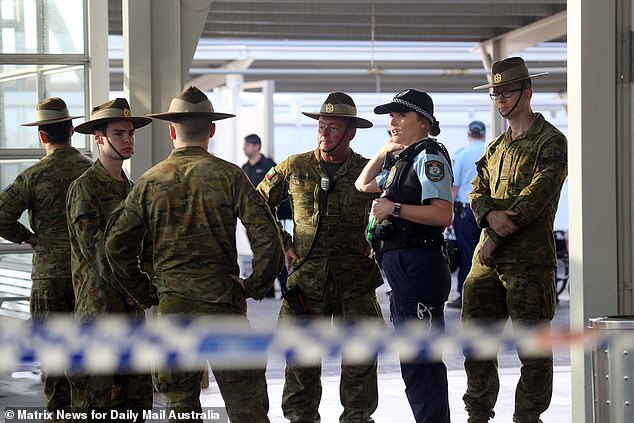 Australians have been warned to stay away from six council in Melbourne: Hume, Casey and Brimbank, Moreland, Cardinia and Darebin

They will provide medical assistance and transport overseas arrivals to hotels.

Talks are currently under way to negotiate a larger role for police and protective services officers, the Herald Sun reports.

The government scrambled to combat lax procedures at quarantine hotels, after more than 30 new coronavirus cases were linked to two hotels.

Security guards contracted the virus and some spreading it to their families.

The change in plans comes after talks about whether police should be brought in to monitor hotels instead of the defence force.

The state government is understood to be planning to increase the role of police to monitor hotels where new returning travellers arrive. 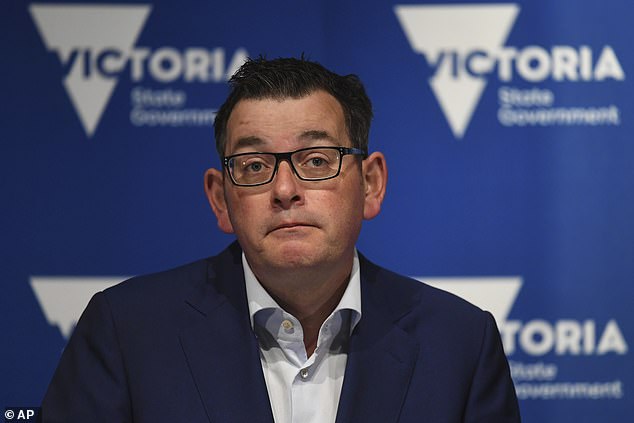 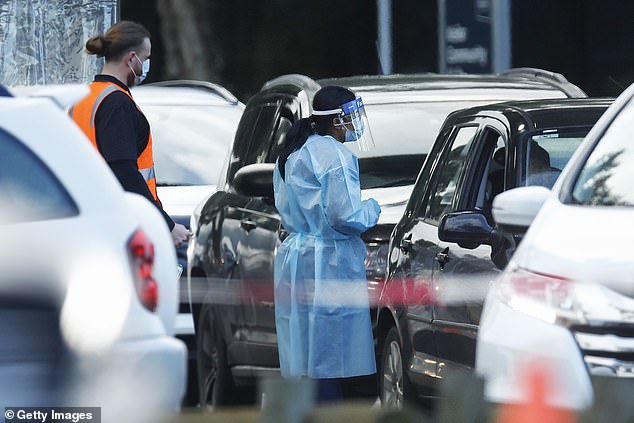 About 10,000 residents will be tested each day in the 10 suburbs by 800 staff in a fleet of mobile testing vans. Pictured: testing staff are seen at a pop-up site at Keilor Community Hub

Victoria recorded another 33 COVID-19 cases on Thursday, giving new impetus to the testing blitz, which aims to reach 50 per cent of residents in 10 virus hotspots.

‘The first three days are solely focused on Keilor Downs and Broadmeadows, but we will move to the balance of those suburbs over the course of a 10-day period,’ Premier Daniel Andrews said on Thursday.

About 10,000 residents will be tested each day in the 10 suburbs by 800 staff in a fleet of mobile testing vans.

Victoria has been processing 18,000 tests a day, but that will ramp up to 25,000, with NSW, South Australia, Tasmania and Queensland helping to process the virus tests.

‘This is a public health bushfire and when it comes to the bushfires, we always work together,’ Mr Andrews said.

Opposition Leader Michael O’Brien blamed the need for the testing blitz on government failings, claiming the premier had to be ‘dragged kicking and screaming to get the ADF in’.

‘Daniel Andrews has been very quick to blame Victorian families for the spread of the coronavirus,’ Mr O’Brien said. 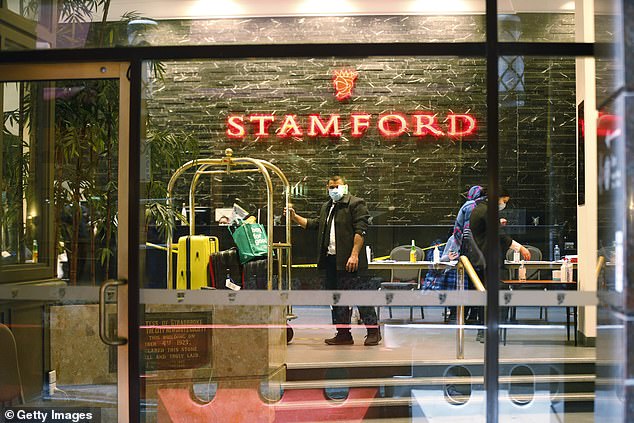 Of the 33 new cases, seven are returned travellers, nine are linked to known and contained outbreaks, six emerged after routine testing and the origin of another 11 cases are under investigation

‘I think his government needs to actually look in the mirror and look at the mistakes that they have made.’

Of the 33 new cases, seven are returned travellers, nine are linked to known and contained outbreaks, six emerged after routine testing and the origin of another 11 cases are under investigation.

Thursday’s figure is the highest daily number of new cases in Victoria since the surge started last week.

Victoria’s active cases jumped from 58 to 143 in the period June 17-24, while the rest of the country combined only had an increase of 20.

POLL: Should on the spot fines be increased to stop litter scourge? VOTE HERE

BP says the world may have already hit 'peak oil'